Viktar Babaryka on why Vitebsk is not a depressive region 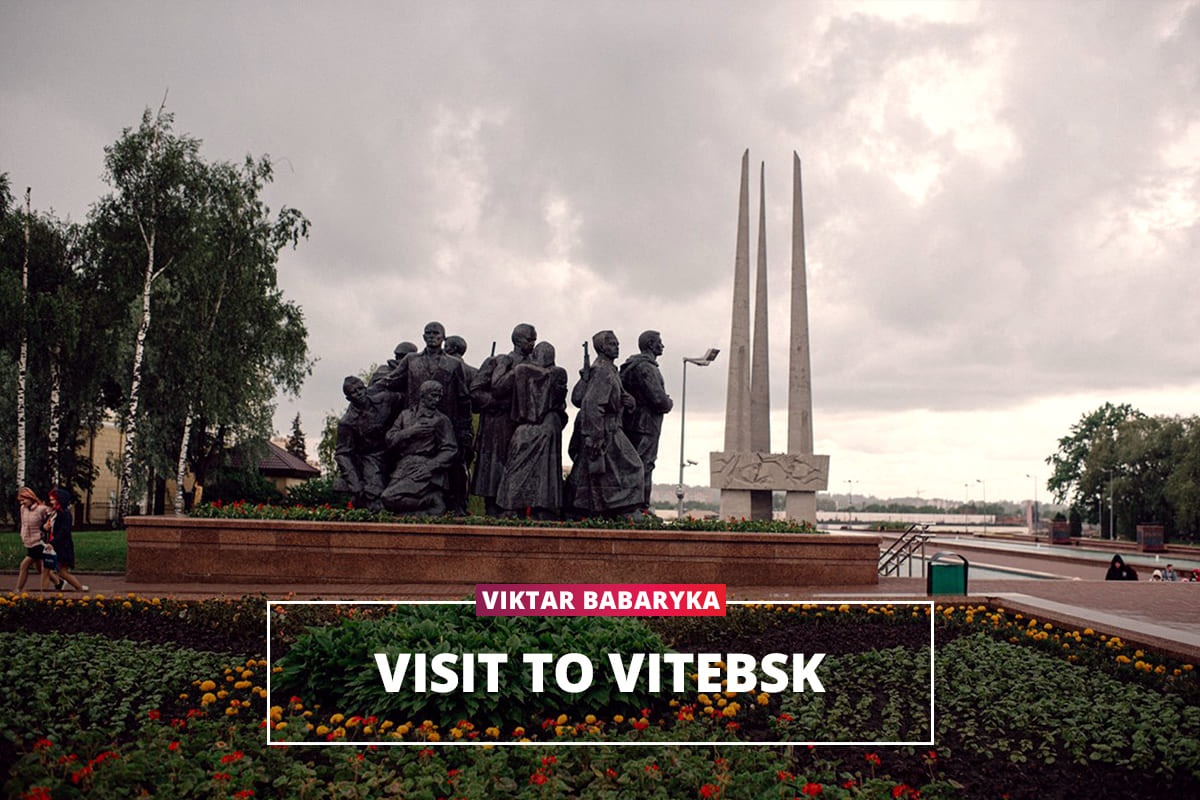 At a meeting with the initiative group, Viktar Babaryka talked about what his life and professional activities connect with Vitebsk.

“For me, Vitebsk is dear to me because my father was your fellow countryman and was born not far in the village of Velikiye Luki. For me, the most vivid childhood memories are connected with the villages on the banks of the Western Dvina.

During my time as a leader at Belgazprombank, despite the specifics of each region, we managed to build, as it seems to me, a good bank management policy, in which half of the profit came from Minsk, the capital region, and the rest from regional directorates.

And if we recall the beginning of our activity in Vitebsk, then at first we were told that the Vitebsk region is depressed, that there are no debts there, there is no money, it is impossible to develop, but it turned out that with the correct formulation of the question and with the correct work, our Vitebsk regional directorate came to one of best indicators. It turned out that in Vitebsk, it’s not just not so bad, but even good. Successful examples are the famous “Ganna”, light industry enterprises that still hold the brand – and “Belvest”, “Marco”.

Vitebsk was the first to take the COVID-19 strike. The actions of the authorities in this situation became the last straw, which served as a signal to me that something needs to be done.

One of the most important things I want to come to this post with is to give me the opportunity to take the initiative, to enable me to implement my own proposals for each of the leaders, which is very important.

I am absolutely convinced that Belarus is not only Minsk. First of all, these are the regions, I know for sure. It is regional policy, it seems to me, that can be the driver of growth in general for the economy of the Republic of Belarus.

The system that exists now that the main regional governing bodies are located in Minsk; the appointment of regional authorities up to the districts takes place in Minsk and is agreed in Minsk; tax policy, when most of the taxes that are collected in the regions are first sent to Minsk and then redistributed, – I think this is absolutely wrong.

Because no one can build their lives better than the regions themselves, ”Viktar Babaryka shared his opinion.

After meeting with the initiative group, Viktar Babaryka visited pickets in Vitebsk.

Also read the review from Gomel “Viktar Babaryka – about why you should not be afraid of reforms.”