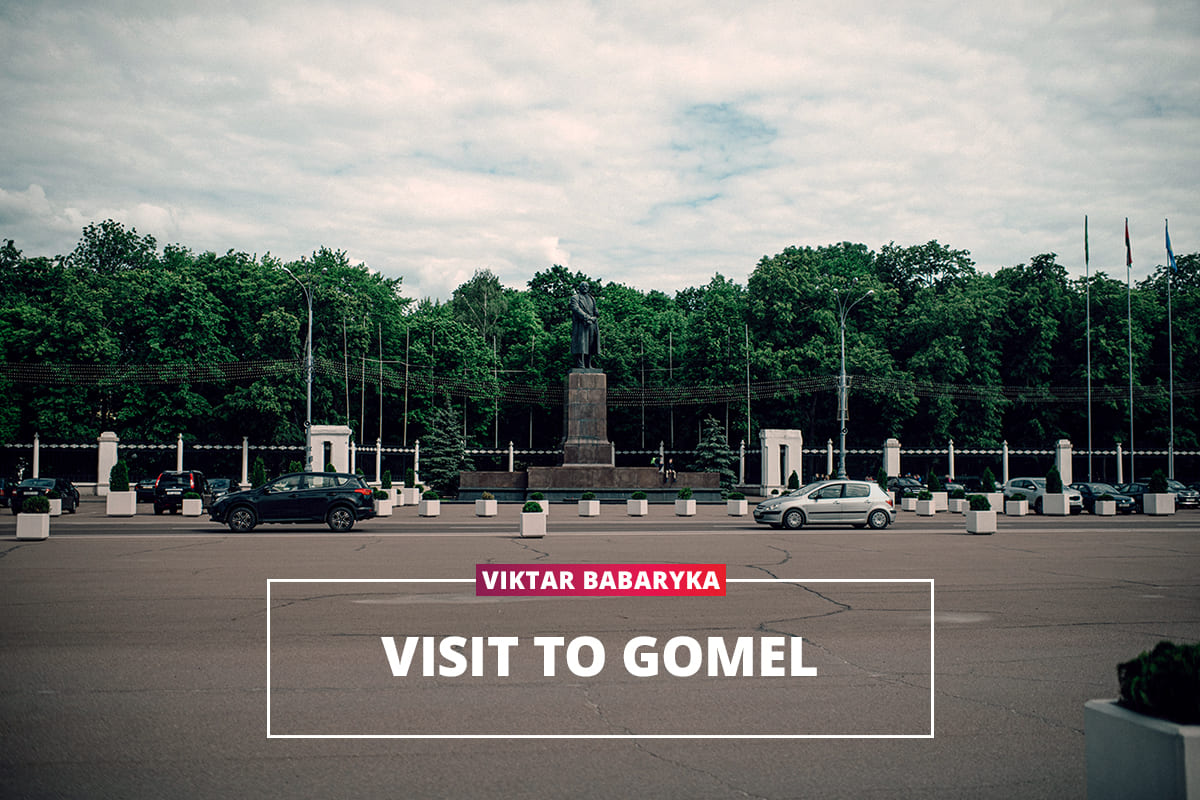 Viktar Babaryka began regional meetings with initiative groups, the media and all interested citizens on June 3 with Gomel. We chose the most basic of the two-hour meeting.

How to understand whether a person can do something

In order to understand whether a person can do something, look at what he has done before. I have followed 20 years of leadership of one of the banks, which I joined in 1995 and headed in 2000, when it had a profit of $ 200. And over the past two to three years, profits have already reached $ 50 million. That is, I understand very well what a low start and a properly built development program are. This is not a story that we will ever get somewhere. This is an annual history of reports and understanding whether we are following this road correctly. Remember the joke “Our people have already been promised so much, but not enough for him”? You and I have been promised something for 26 years, but everything is not enough for us, and we still won’t get what we promise.

What is missing in the Gomel region

What is definitely lacking in the Gomel region is a properly structured policy of working with the flagships of the economy. There are two enterprises in the region that I know well: Gomselmash and BMZ. In the bank, we saw how BMZ went down. And not because there are bad leaders, but because they were told to do what they did not want. The independence of local business leaders is very important. We need to hire smart people and not interfere with their work.

Is Gomel ready for self-government

It seems to me that Gomel is definitely ready to expand responsibility for his own destiny. And this is confirmed not only by the “victory over the flagpole” (note – in the center of Gomel, the authorities planned to install a 60-meter flagpole for 656 thousand dollars. They refused the idea after a public protest). One of the most iconic figures of recent times – exactly yours. The creator of the ByCovid19 volunteer movement, Andrey Strizhak, is a Gomel resident, and Sergei Tikhanovsky is also a Gomel resident. It’s great that Gomel’s land gives politically active people!

Why you should not be afraid of reforms and privatization

The effectiveness of the enterprise depends, first of all, on a properly built management system. We are often afraid of the words “reform”, “privatization”. We think that in an efficient enterprise everyone will be dispersed, only robots will remain. I absolutely do not believe in this, at least for now. The current technological structure does not yet allow robotization of a large industrial enterprise.

The construction of the right management system and the release of unclaimed personnel must be unambiguously accompanied by a pre-formed system of demand for this released labor force.

Yes, if the conditions for the development of small and medium-sized businesses are formed in advance, not everyone will go to entrepreneurs. But one, who has become an entrepreneur and has opened his own store, will create a demand for 2-3 sellers, for the manufacture of shop windows, which someone will also do. Attitude to entrepreneurs as “lousy fleas” is just a guard. An entrepreneur is the driver of our economy. Among the measures that will be taken after the pandemic, in the first place should be measures to stimulate small and medium-sized businesses.

The share of employees in small and medium-sized businesses is already more than 50%. Even with the policies that are being implemented, the majority of Belarusians work in small and medium-sized businesses. Therefore, do not be afraid of reform. I have a clear understanding that unemployment is unacceptable. The professionalism of Belarusian workers at enterprises is quite high, and it should be in demand. What is needed next is to assess the need for manufactured products and make it meet the challenges of the time.