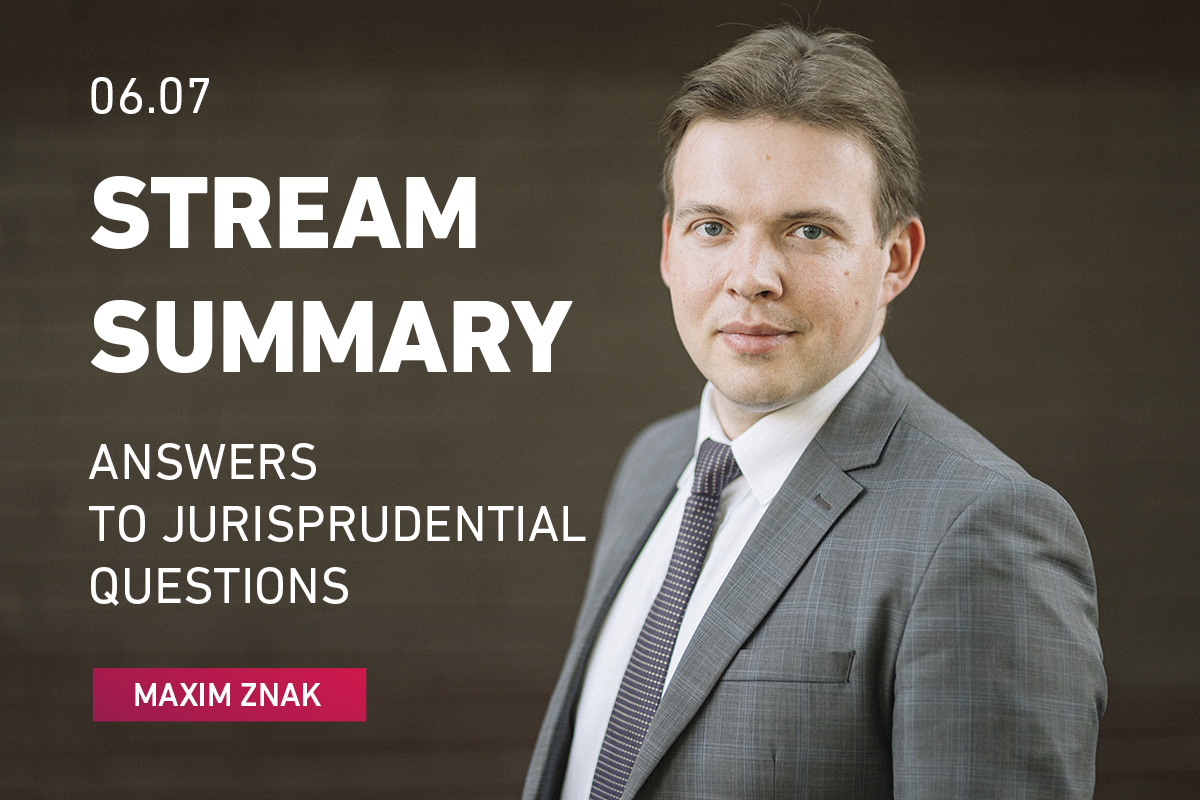 During the live broadcast, headquarters lawyer Maxim Znak made a real legal tour and told how the Electoral Code should work. The main topic of our stream was responses to appeals and complaints about invalid signatures to election commissions.

Read the main points about what the commission responded to, what the law says and what the headquarters will do next.

What did we learn from the responses of the election commissions?

Voters, members of the initiative group and coordinators, as well as lawyers of the headquarters sent appeals to the election commissions about the fate of the signatures. We have analyzed the first responses from the commissions and can draw such conclusions. It turns out:

The head of the CEC said the other day: “they don’t go to someone else’s monastery with their own charter”, but the Electoral Code is not another’s charter.

Such an interpretation of the electoral law does not comply with the principles set forth in the Constitution. Every citizen has the right to receive information from state bodies and has the right to judicial protection.

The situation can be called legal default – when legal norms exist, but they are not implemented at all or are not properly implemented.

What does the Constitution say?

Article 40 of the Constitution of the Republic of Belarus enshrines the right of every citizen to submit appeals to state bodies, and they must respond or justify in writing the impossibility of refusal.

In order not to provide information on the recognition of a citizen’s signature as invalid, there must be a very good reason. But in order to answer such a request, it is enough to simply check the act and see if it contains the name of the citizen who has applied, this is not such a time-consuming procedure, as, for example, studying all the signature sheets.

Section 60 of the Constitution guarantees everyone the right to judicial protection. The position of the CEC that documents are not subject to judicial appeal is not consistent with Article 60.

What have we done?

We looked at scans of documents that are stored on our servers and made sure that the signature and date were set personally by the voter, and, more often, even with a different pen. When viewing, it is clear that the handwriting and ink are different. When we started phoning the district commissions, we were faced with interesting answers to our questions: “We don’t remember what was happening at the meeting – ,you should wait for the information on the website.”

Information on the inclusion of signatures should have appeared on the official website no later than the next day. It did not appear on Tuesday, Wednesday, or until now.

Most of the signatures were rejected on the basis of an expert opinion. It is likely that the signature and date were put by different people.
If we take all the signatures that the CEC considered handed over to the commission, they should have been verified from 73,000 to 128,000. The examination was carried out for three days. Handwriting expertise requires time and resources. If the order is violated and the time for research is obviously insufficient, the examination cannot be considered reliable and admissible evidence.

What can we do even within the framework of the law?

A person who will be denied registration as a presidential candidate may file a lawsuit with the Supreme Court. But this right applies to the stage after July 14, and there is still time before it.

Citizens can submit applications and complaints to the appropriate commissions. According to the law, a citizen must be answered if, on the merits, there is no answer to a statement or complaint, he has the right to apply to a higher commission, and then to a court. We have prepared examples of documents and posted them in the public domain on the official website. They can be used taking into consideration the situation and the citizen’s requests.

We filed four new complaints with the CEC. One of them – on the invalidation of a significant number of signatures – contains 12 pages and there are many reasons for recognizing these signatures. The second complaint concerns the regional and city election commissions, the third complaint about the refusal of the city commission to familiarize us with the case materials, and the fourth that there is still no published information on the recognition of signatures on the official website.

Against the background of the rejection of a large part of the signatures, the story of the inclusion of citizens in precinct election commissions receded into the background. We will also act in this direction, as there are serious violations in the work of administrations.
We will send the relevant documents to the Prosecutor General’s Office and other bodies to restore the rights of citizens, since this was not possible during the initial appeal.

The legal position of the headquarters is the principle of publicity, described in the Electoral Code, which allows each citizen to know the fate of his signature.