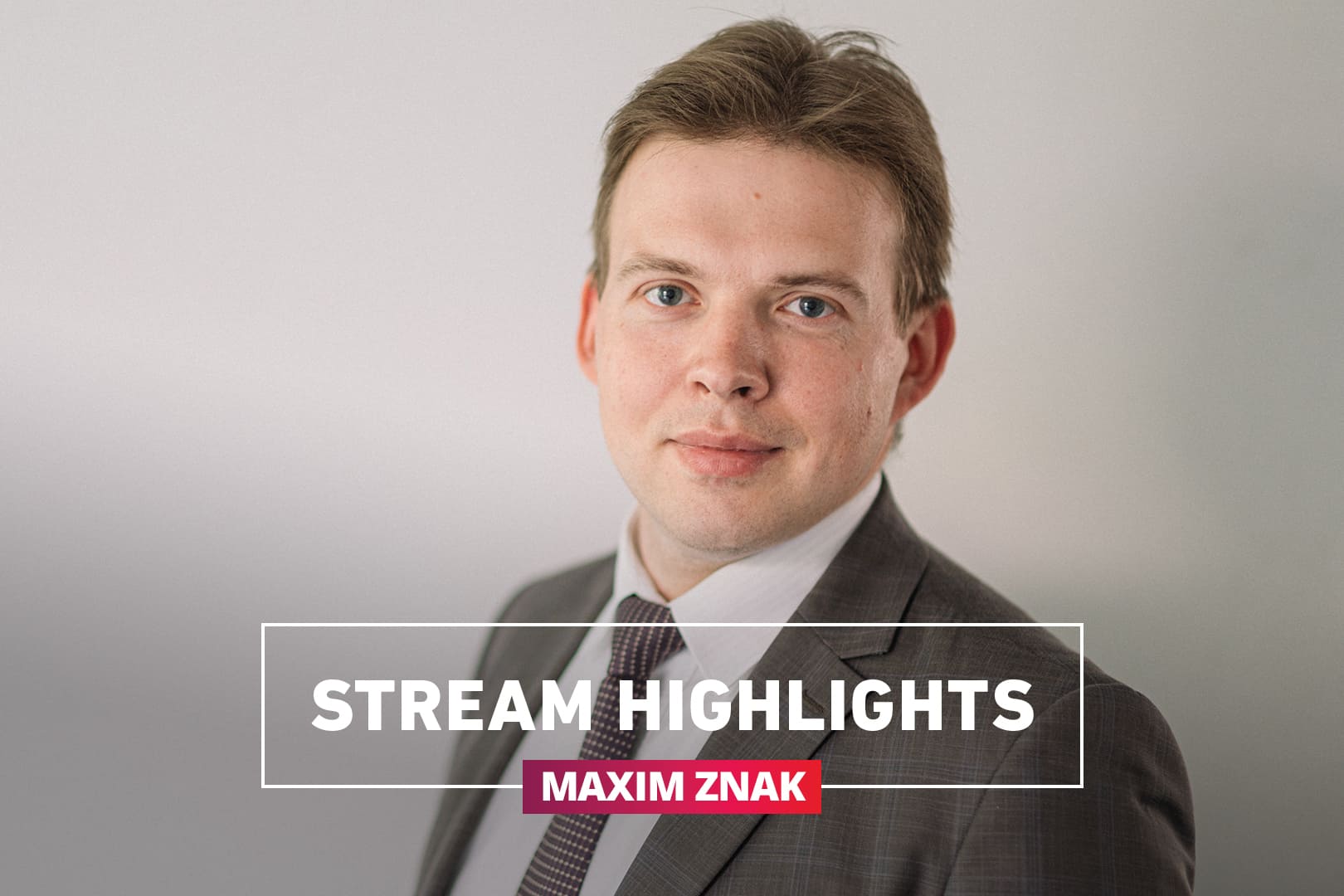 We held our traditional stream today. Today’s discussion focused on legal matters. Our team’s legal consultant Maxim Znak talked about the referendum and the changes to the Constitution. He also commented on the process of signature verification in the territorial commissions, as well as the process of running for district election commissions, and registering as observers. Here are the highlights of his speech.

“It’s not a throwback to the prehistoric past.”

Regarding the Constitution of 1994 and 1996. Firstly, it is the same Constitution, which was amended at the referendums, but as for the human and citizen’s rights, all the fundamental provisions are identical. The difference is in how power is distributed among three branches of government. And we are talking about relieving the president of some of his power and transferring this power to the other branches of the government. So, it’s not the prehistoric past, our constitution is very young, the US constitution is still America’s supreme law, and the last amendment was made in 1992.

Regarding the language and, speaking even broader, the wording of the questions that will be put to a referendum, we are ready to discuss it with all the interested parties, as well as with scientists-constitutionalists. But the question needs to be chosen in such a way that it would maximize convenience and minimize potential problems with the wording and, subsequently, with the voting.

Around 15,000 applications to our referendum initiative group have been submitted so far. We are currently waiting for answers from the venues that could house such an assembly. We will also send a proposal for amendments to the president, which could lead to the reformation of the political system by initiating a referendum without the need for collecting citizens’ signatures — by that, I mean, by the decision of the president. But we are going to undergo the whole procedure of group registration and signatures collection.

“It is certainly bad, but it’s not that bad.”

District commissions meetings are running and checking the submitted signatures. I will try not to give any emotional evaluation. There is news from the district commissions, somewhere they accepted the signatures, somewhere the reject rate is 0.5%, somewhere it is 15%, and they do not accept signatures. We feel like being in a film where changes in the citizens’ votes are displayed on the screen. Of course, no one has been registered yet, but there’s already some kind of intrigue. We are astonished here at the headquarters by what is currently happening.

The commission does not validate only the signatures that seem suspicious. And I want to remind you that when the signatures were submitted, the headquarters staff scanned, stapled, put in folders, and described all of them, any signature can be verified.

If the commission took 20% of the signatures they had received and rejected 15% of them, then another 15% of signatures were taken from that batch. If 15% of those were also rejected, then all of the signatures submitted to the district were declared invalid. That is 5.25% of all submitted signatures, which is approximately 15,000 signatures. But we are sure that, even if the members of election commissions acted with malicious intent, there can’t be such a huge number of false signatures.

“There’s no need to be upset if instead of some worthy people, other worthy people ended up on the commission.”

— What did the results of the nomination process to the territorial commissions show us?

Based on published statistics:

Anyway, we are sure that people chosen for the commission were worthy, there are no doubts or suspicions, and if any suspicions arise, they can easily be cleared. Any commission on its polling station can confirm that everything is legal.

“We urge you to stay calm no matter what is going on. Don’t be afraid.”

Answering the question about the falsification of election results:

— If a person voted, then, if necessary, he or she can confirm it. If a person did not attend the election: firstly, if less than 50% attend the election, then it will be declared invalid. Secondly, election fraud is a crime, according to article 192 of the Criminal Code. In our country the ballot is secret, the expression of will is free, and it is impossible to force somebody to vote — this is Article 9.10 of the Code of Administrative Offenses. If citizens report before-mentioned violations or other ones, the situation will need to be investigated; if not, then there is no violation. A violation only occurs when it is reported to law enforcement authorities. Therefore, do not be afraid to record violations and do not be afraid to report them to law enforcement authorities.