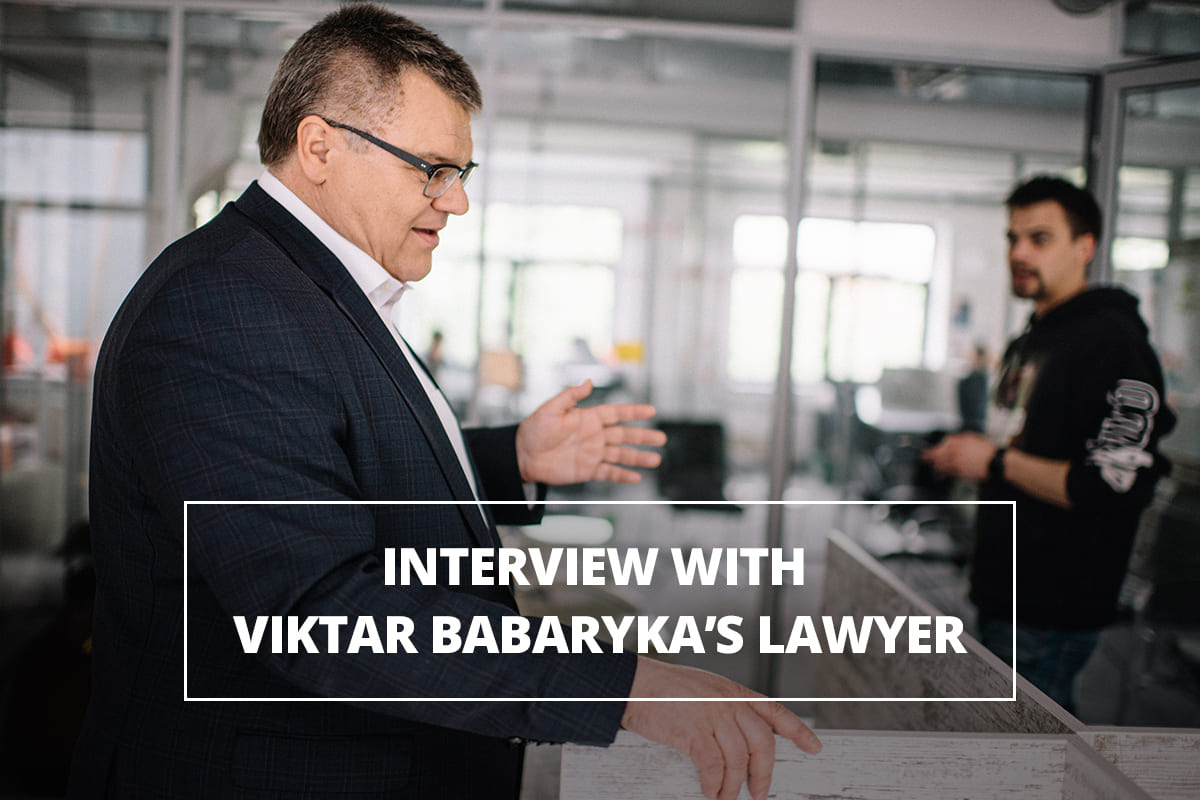 Alexander Pylchenko gave an interview to Marina Koktysh from Narodnaya Volia and spoke about the conditions of Viktar Babaryka’s detention in the KGB jail.

We publish excerpts of the conversation. Follow the link to read the full interview.

– Alexander, can you tell us whether Babaryka was charged and under what articles of the Criminal Code?

Under the fear of criminal responsibility, we, lawyers, were forbidden to name the articles of the Criminal Code, under which the charges were brought.

– By the way, does Viktar Babaryka have any claims to the detention conditions?

No complaints about the staff. The conditions of detention are like those of many people. There are problems with everyday life stuff. Due to the fact that we were not allowed to see Viktar on June 18th, he was unable to tell us what personal belongings to hand over to him. It’s allowed on Monday, Wednesday and Friday. So all this time he was wearing his office clothes. His sleeping place is an additional one, the so-called “helicopter” – it’s put between other beds for the night. That means there’s nowhere to be in the cell during the day.

– Alexander, yet how would you comment on Viktar Babaryka’s accusation?

As I said before, we have no right to name the articles, that’s why I don’t voice them. And in terms of the content of the charges – I am satisfied, if I may say so. I can’t wait for it to be voiced by state media or officials! For them, the secrets of the preliminary investigation usually do not exist. And we will have a chance to speak on it.

– In your opinion, why are there such strict conditions to the information on this case?

I don’t know. And that hasn’t been explained to us. Assumably, it has to do with problems with real evidence. It’s one thing to state irrefutable and abundant evidence to someone who interprets it quite freely, in his own mind. And it’s another for the investigator to collect this evidence in the form prescribed by the Code of Criminal Procedure. And if there is such a problem, we can only count on the “queen-savior” – complete mystery and restriction of information.