Where is it allowed to campaign? Filing a collective complaint 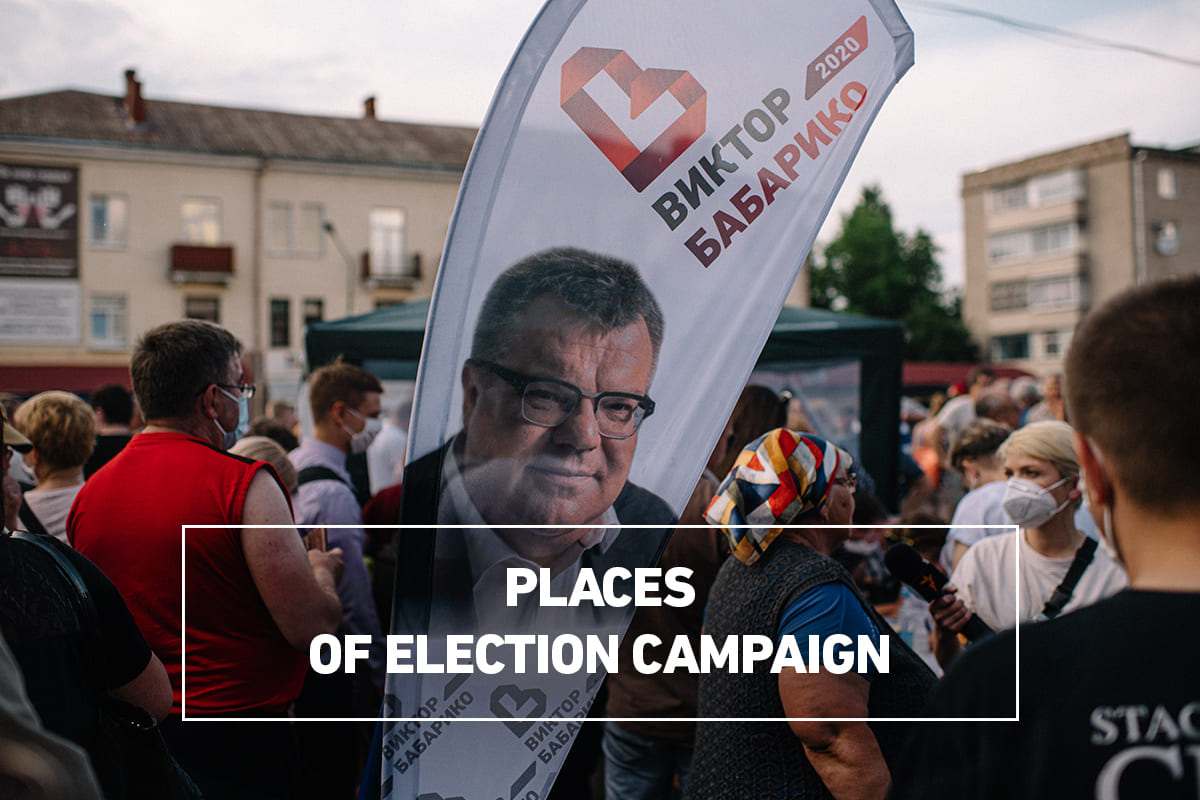 The 2020 election campaign has acquired another distinguishing feature – campaigning options have been significantly limited. Viktar Babaryka’s headquarters is now drafting a collective complaint. Any resident of Minsk will have a chance to sign it. Don’t forget your passport!

The Republic of Belarus is the 13th largest European country covering an area of 207,600 square kilometers. However, less than 150 sites have been made available for campaigning.

For instance, Minsk has only 6 campaigning sites (one for every 330,000 residents), while Gomel has 3 of them. Each district has been provided with one site. For example, Dzerzhinsk district residents can campaign on “a parking lot located between the building on 11 Tikhaya Street in Dzerzhinsk and the pond”.

How is it supposed to be?

This approach differs significantly from the one adopted during previous election campaigns, including recent parliamentary elections, when campaigning was allowed everywhere except for a limited list of locations (for example, metro stations, railway stations, etc.).

According to Viktar Babaryka’s headquarters, such limited opportunities are not consistent with the principles of the election organization and contradicts the current legislation. The decisions made by the executive committees cannot be considered as regulatory acts and may be appealed to a higher authority, and then in the court (Minsk City Executive Committee decisions go straight to court).

Now we are collecting signatures under a collective complaint to appeal the decision of the Minsk City Executive Committee in the court of the Moscovsky district of Minsk. We will file a collective complaint on Friday, July 10th. Before it, any interested voter from Minsk (Minsk residence permit is a must) can sign the complaint at 25/1 Khoruzhey Street, Minsk. Don’t forget your passport!

Note! The collective complaint will be filed by headquarters’ lawyers. Anyone who signs it will be able to participate in the court hearing.

On July 8, we will also file complaints with all the regional executive committees regarding other decisions on campaigning sites. As usual, template documents are posted on the website.