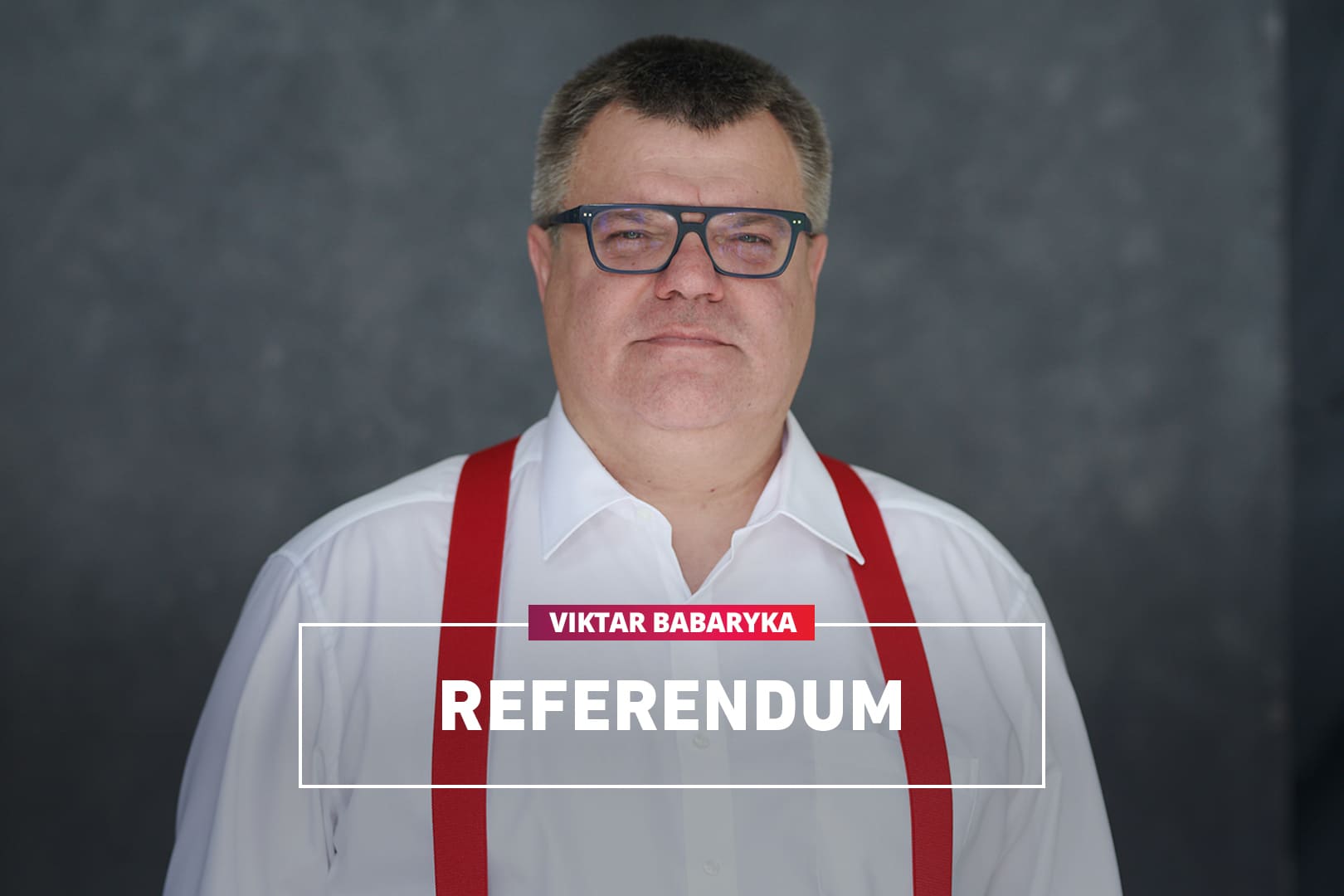 Today we have broadcasted the traditional Friday stream at the end of the week. But this time it was special: Viktor Babariko couldn’t be in the stream in person, as he is arrested. But our headquarters continues to work, and we all continue to fight: that is why we are publishing a recorded message from Viktar Babaryka.

We announce the formation of the initiative group for the Republican Referendum on returning the original version of the Constitution of the Republic of Belarus of 1994.

We offer the citizens of Belarus to regain the feeling of their dignity and respect, as well as to regain the right to decide their own destiny and that of their country.

We are confident that the Central Commission will register Viktar Babaryka as a presidential candidate in the Republic of Belarus. But we want to start fulfilling our pre-election promises now.

What can we do to help us? Become a member of the initiative group for the referendum by filling out the form below.

Viktar Babaryka: “During the last month we have been saying that it is necessary to change the constitutional order in the Republic of Belarus as soon as the new power comes. After this month, I want to announce a new initiative. And I really hope that you will support me in this. I propose to hold an all-republican referendum on changing the Constitution of the Republic of Belarus. And to try to bring it back, taking as an example the Constitution of 1994, which already provided for both the limitation of presidential terms and the division of the three branches of power.

I am absolutely sure that once we have gathered 400,000 signatures in one month, then in two months we will be able to gather 450,000, that will be ready, regardless of who wins on August 9, to make our country as it should be. A country without boorishness, with respect for each other, and most importantly, with respect for the people.

Fill in the form HERE and follow the news.

We also pay attention that this initiative does not stop the election campaign. It will continue.
We will win together!