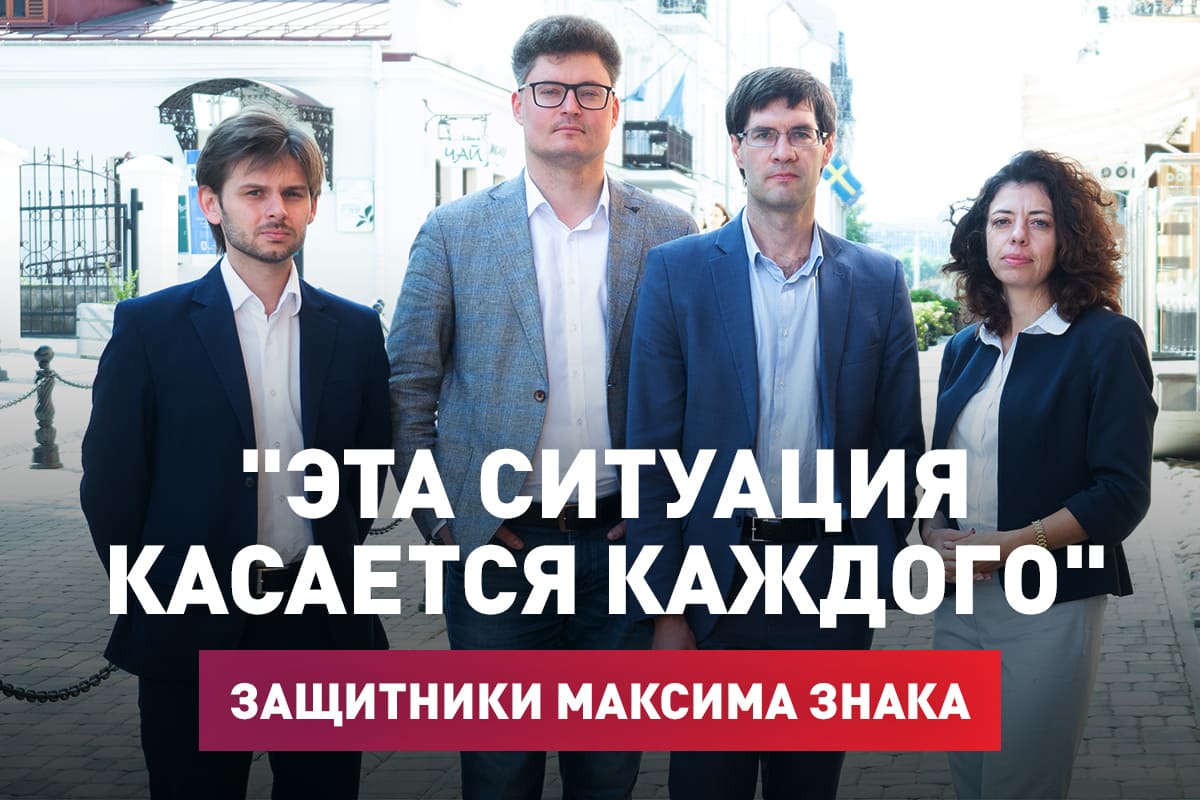 Lawyers Dmitry Laevsky, Nadezhda Znak, Sergei Zikratsky and Evgeny Pylchenko recorded a message in support of Maksim Znak and the values of the law.

We are the defenders of Maxim Znak, the lawyer who has been in the remand centre since 9th September.

Today on 24th September 2020 Maxim continues the hunger strike that he started seven days ago.

The hunger strike of a lawyer in a pre-trial detention center is unprecedented for Belarus.

Who is Maxim Znak? – He is a well-known lawyer and a candidate of legal sciences.

What did he do? – This summer he provided legal assistance to Viktor Babariko and Svetlana Tikhanovskaya.

1) For example, on 20th June Maxim using a power of attorney from Viktor Babariko submitted Babariko’s application to the CEC to register him as a presidential candidate as Babariko had already been arrested.

2) It was Maxim who on 21st August on behalf of Svetlana Tikhanovskaya filed a complaint with the Supreme Court about the invalidity of the elections.

3) It was Maxim who on behalf of his trustees ran video streams during this summer in which he talked about the legislation and the rights of citizens on elections, referendum, and other procedures.

Why is he being persecuted? He was charged under Art. 361 of the Criminal Code:  public calls for action against national security.

What statements? We do not know, Maxim does not know, they do not tell us. But we see that all of Maxim’s statements about rights are legal. Thus, the lawyer is prosecuted for speaking out on legal issues.

When we appealed against the detention, more than sixty lawyers signed personal guarantees and came to court to support Maxim. This is unprecedented. This proves that Maxim is a worthy person and a professional.

The court did not hear us.

But if a lawyer risks to end up in a remand centre for criticizing the government authorities and talking about rights, then how can we protect the interests of the client?

Each one of you can appear in the client’s place.

Therefore the situation concerns everyone.

Today is the seventh day of Maxim’s hunger strike, this way he wants to remind people of the value of the law. Please, watch his streams or the press conference. Write him a letter or a postcard. Thank him for his work. Support his courage.

Maxim’s freedom is the freedom of our profession.