The lawyer and father of Maria Kalesnikava: «Inspired the number of people who came to support Maria» 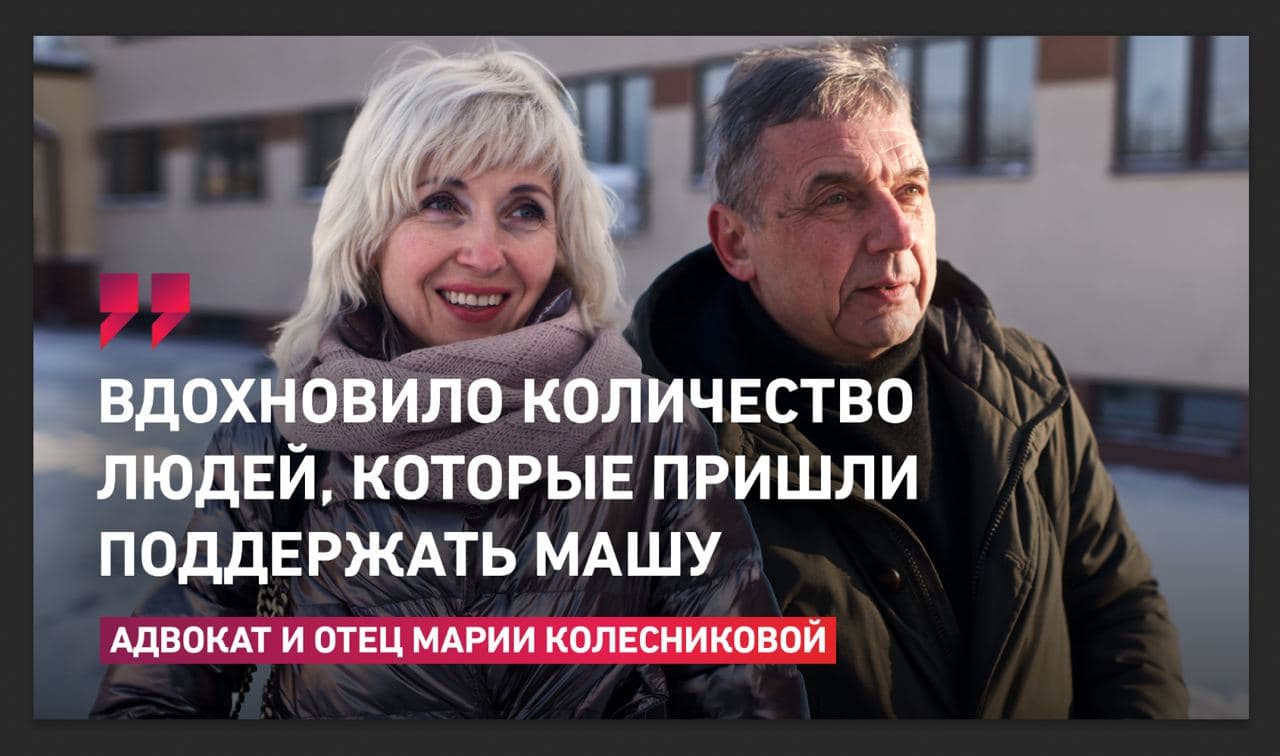 On 16th January, the Partisan District Court did not grant the appeal of the defense of Maria Kalesnikava for the extension of the period of detention until 8th March. Now Maria is in remand prison –1 on Volodarskogo street.

Despite a frosty day, a closed court hearing, and Saturday, to the courthouse came friends of Maria, concerned Belarusians, and representatives of embassies.

The outcome of the trial for the defense was predictable, but the lawyers and Maria herself will appeal the decision of the Partisan Court.

Lyudmila Kazak commented on the outcome of the meeting, and Masha’s father, Alexander Kalesnikav, said that he was worried about his daughter’s health due to the recent transfer from Zhodino to Minsk. Watch the video for details.