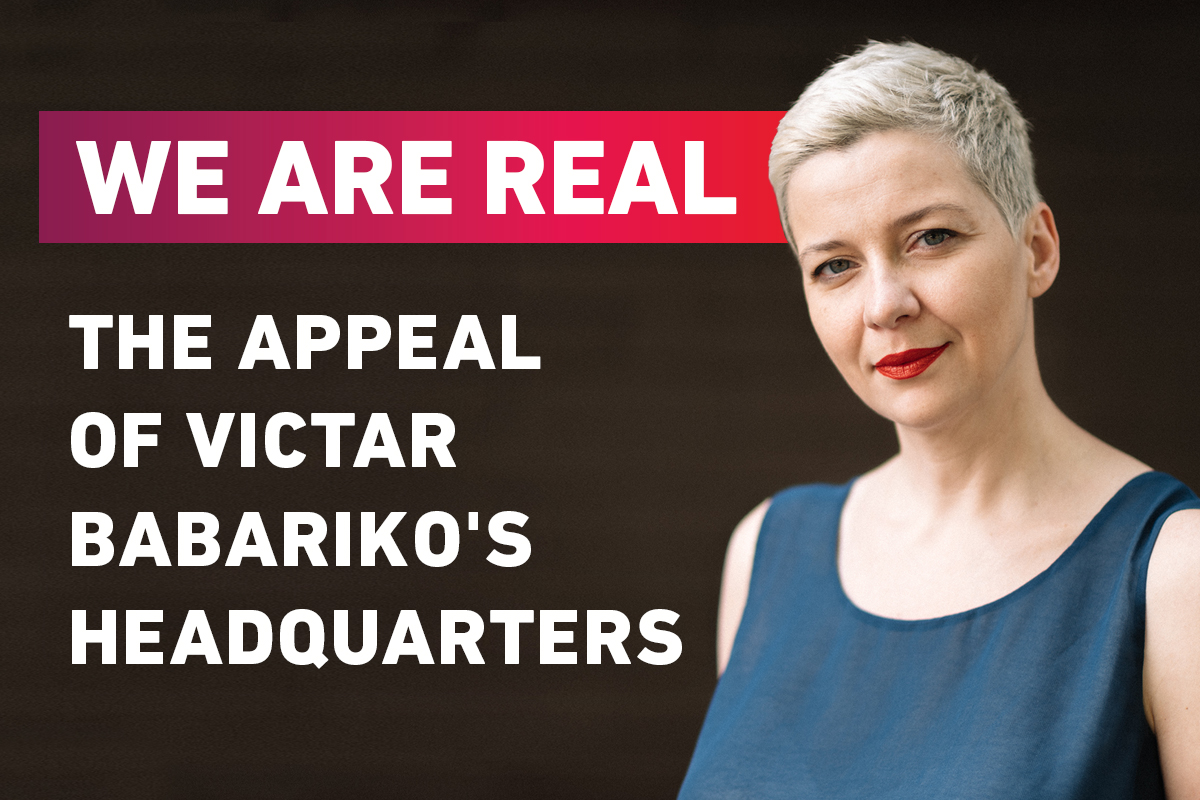 If you want to know the value of your opinion in the eyes of the authorities, open the news. You will find out that tens of thousands of the signatures you have collected and affixed for the candidates were declared invalid.

Everything happening now isn’t the result of the actions of a single person or two people, it is the result of how the whole system functions. Some people reject good signatures on orders from above. Others raise their hand in fear, voting for the members of the election commission highlighted in their notebooks. Still others count votes contrary to the laws of mathematics. Then there are people who fire colleagues for wearing a certain T-shirt and those who drag people into a police van just because they have taken part in a peaceful protest. And people who write in the patient’s medical record that they have died from chronic diseases, not from COVID-19. We urge these people to wake up. There are fewer of them than there are of us, they are forced to be accomplices, to steal from their people, to deceive the majority. They don’t have any like-minded people around them, neither among their neighbors nor among the cashiers in a supermarket where they shop nor among their colleagues. They oppose the majority, they are alone, but the authorities hide this fact from them.

While we have acted within the law waiting for July 14, the authorities have been making more and more fatal mistakes, not realizing in their agony that there won’t be any less of us, and our intentions will not diminish. The system has become so weak that it no longer has the ability to save face. This clunker of a regime rattles and shakes, falling apart on the go. The theft of our signatures and voices does not speak to the strength of the system, on the contrary, it demonstrates its weakness. The present Government can no longer remain in power in ways that at least seem legitimate, it throws looting and boorishness in action. This is not the sign of the strength of the system, it’s the sign of its weakness and the fear of being deprived of power. After all, this time, the actions of Belarusians and the appearance of real rivals tripled their fear. If you are scared, think about how scared they are.

What can we do now? Do not fall into despair and do not give up — that is precisely what the current Government is counting on. For a quarter of a century, it fed upon the feeling of emptiness and powerlessness, which many people, even the most active ones, were left with after yet another “election”. But the situation has changed. We have to be patient, to wait and act. At this stage, the least we all can do is spread the information. Let’s use the state holiday on July 3 to benefit the future state — go to your dachas, visit the villages, and explain to your relatives, friends and neighbors what is happening.

What does the state expect from those who have been courageously and enthusiastically collecting and affixing the signatures all that time? Maybe it expects people to shrug when they hear that their work has been thrown into the trash can and go home to watch TV at dinner? The authorities are testing how far they can go while we remain silent. But they do not take one thing into account: the more they slam the door in front of us, the more of us gather at this door. And we are no longer willing to just wait at the door. It is impossible to beat the majority, especially the majority that has been accumulating strength within itself for two decades. Our path will require diligence, patience, and action.

We are Belarusians, we are real and we will prove it.