Special project 23-34.net: the Belarusian people will note down and save everything! 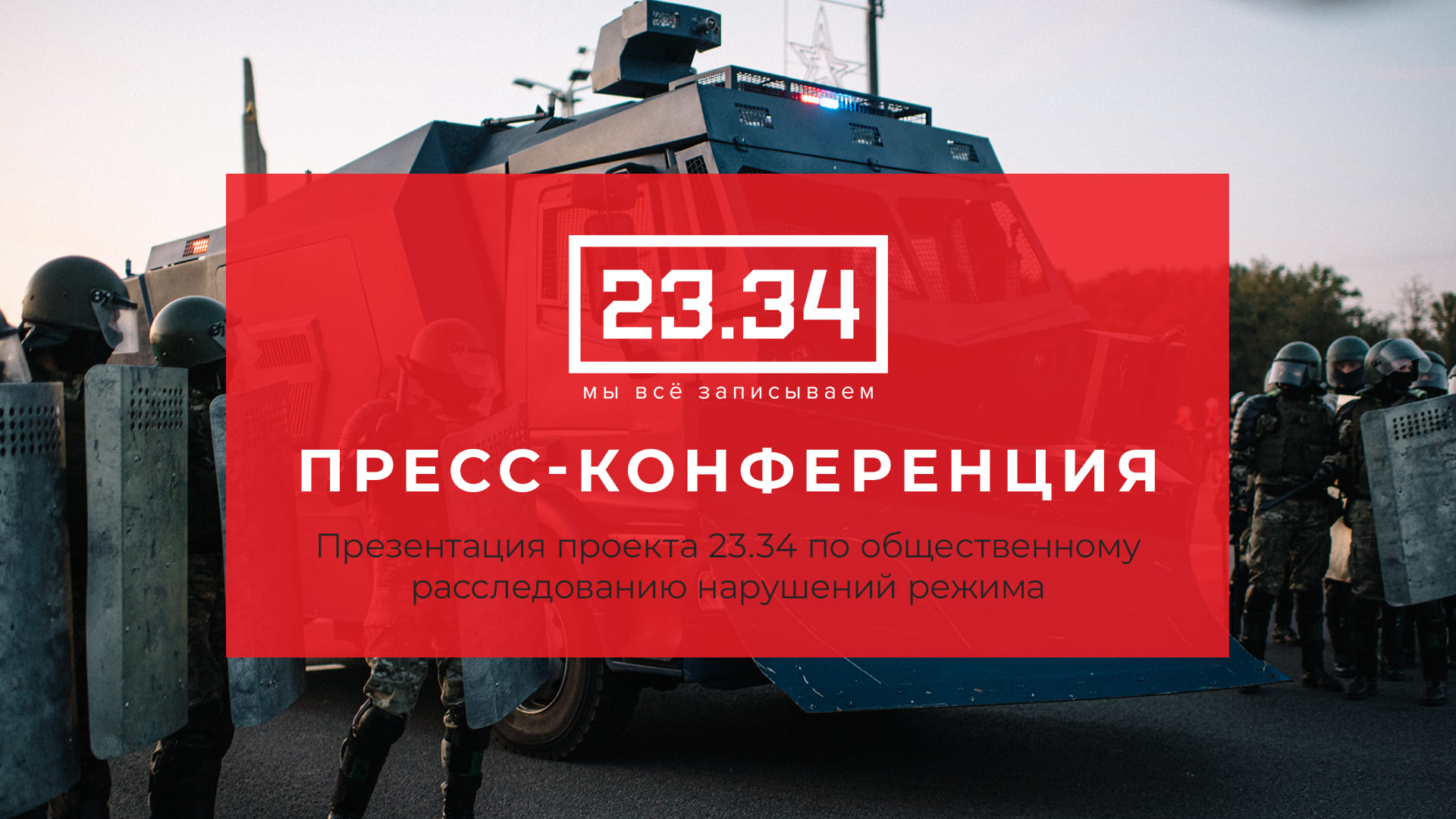 “We will convert administrative cases for us – into criminal cases for them,” this is the slogan of the 23-34.net project launched by the team of Viktar Babaryka, with the support of the human rights center “Viasna”, The International Committee for the Investigation of Torture, Coordinating Council, the “Honest People” initiative and the “Voice” platform.

Ekaterina Volkova, singer, has been detained and convicted under Art. 23.34: Three months ago I didn’t know what 23.34 even was. Today, all the surrounding people know about it. All of my friends and relatives.

Vlad Zagorey, an intensivist of the National Scientific and Practical Centre, twice detained and convicted under Art. 23.34: There was one witness per 18 people at the trial. The guy, who was sitting with me was given a verdict immediately, by a pattern. Even without a removal for discussion. Just 5 days of administrative arrest.

In the summer of 2020, whole Belarus learned the 23.34 figures. This is an article about violation of organization or holding of public events. Thousands of Belarusians were detained under this article of the law, beaten, received administrative fines and administrative arrests. Detentions continue every day. The conveyor works non-stop with nameless witnesses in balaclavas, without lawyers and the right to defend themselves. Everyone is judged under this article: journalists, doctors, students, retired people.

23.34 – this is the article that should not exist in the new Belarus, because its very existence violates the Constitution.

Ales Bialiatski, chairman of the human rights center “Viasna”, human rights activist,  a member of the Coordinating Council: art. 23.34, and others, which have been massively used over the past few months, do not need to be justified in any way now. This is the crash of the court system, we are well aware that these articles are used as a tool to put pressure on civil activists. But now it has already crossed the line. The account goes up to 15,000 people detained and convicted under these articles for 2 months. But there is a living person behind every case. These are real lives. This is torture. Thousands of people have gone through purposed torture and torment. This is a massive villainy against humanity.

Oleg Gulak, сhairman of the Belarusian Helsinki Committee, lawyer, human rights activist: The problem is not only in this article, but also in the law itself. It would be correct to call it a law that bans public events, which violates not only the human right to express one’s opinion, but also the existence of an opinion by itself. It violates the Belarusian Constitution and international standards that our country has accepted. In itself, this prosecution is illegal, because applied legislation does not have legal force.

What will the project do?

We will collect the information on all the violations convicted by the police related to peaceful protests, beginning from the start of the election campaign: pressure, violence, torture, illegal detention. We will note down and save everything!

Valdis Fugash, member of the team of the human rights organization “Human Constanta”, member of The International Committee for the Investigation of Torture in Belarus 2020: This project is a good opportunity to reach more victims than human rights organizations have. It will also help to have a more complete picture before all of these cases become available to the general public.

Ales Bialiatski: Why is it important to have such an instrument? It is more detailed. There are questions “what happened before the trial, how were they brought, what happened afterwards.”

In themselves, the administrative orders are kept for 2 years. After 2 years, all the evidence is sent to garbage  – all of the names of the judges and witnesses. It is important to keep this for future proceedings. This case is about the path to justice.

How to tell your story?

We ask every affected Belarusian to share the information and note down their story through a special form on the website 23.34. We guarantee complete safety of personal data. This is a simple site with a form, where each person can share information and additional details of their detention and everything that happened before and after.

Project 23.34 will note down everything: if you were fined, detained, beaten, held in the police department, mocked, not allowed a lawyer, threatened, forced to sign some documents – fill out the form.

If you were treated softly, but illegally detained, if you were not detained, but summoned – fill out the form. After all, the fact of pressure or restrictions on participation in a peaceful protest violates the Constitution.

Oleg Gulak: All the talk about demonstrators acting outside the legal environment is intended for those people, who haven’t got any knowledge and don’t want to have the knowledge of the law. Any competent lawyer will say that such kind of legislation is insignificant because such norms cannot be accepted. There must be the norms that allow a person to publicly express their opinion.

The position of the human rights community is fundamental – what we have seen over the last 2 months are the completely illegal actions of public authorities and security agencies that violate the rights of their citizens.

What is the point of the project?

All facts will be checked by human rights defenders and lawyers and transferred to international organizations, and then fair trials will take place.

Maxim Bogretsov, representative of Babaryka’s team, a member of the Coordinating Council: The project is geared to ensure that all the human rights’ violations that have occurred this summer are not forgotten and lost. We can use this to attract attention to the situation and help the victims. And, of course, in order to restore justice in the future.

Oleg Gulak: It is very important that history knows its heroes from both sides. The victims and those who were involved in ensuring that such a system of repression exists.

Ekaterina Volkova: When we left, we told everyone – we are not heroes, nothing happened to us. They didn’t beat us. We were ashamed to accept the help that was offered to us. Only after 2 weeks we realized  – we went through psychological abuse. I want to say that there is not a single unimportant story. There is not a single insignificant story. I would ask everyone to fill out this simple form. No story should disappear.