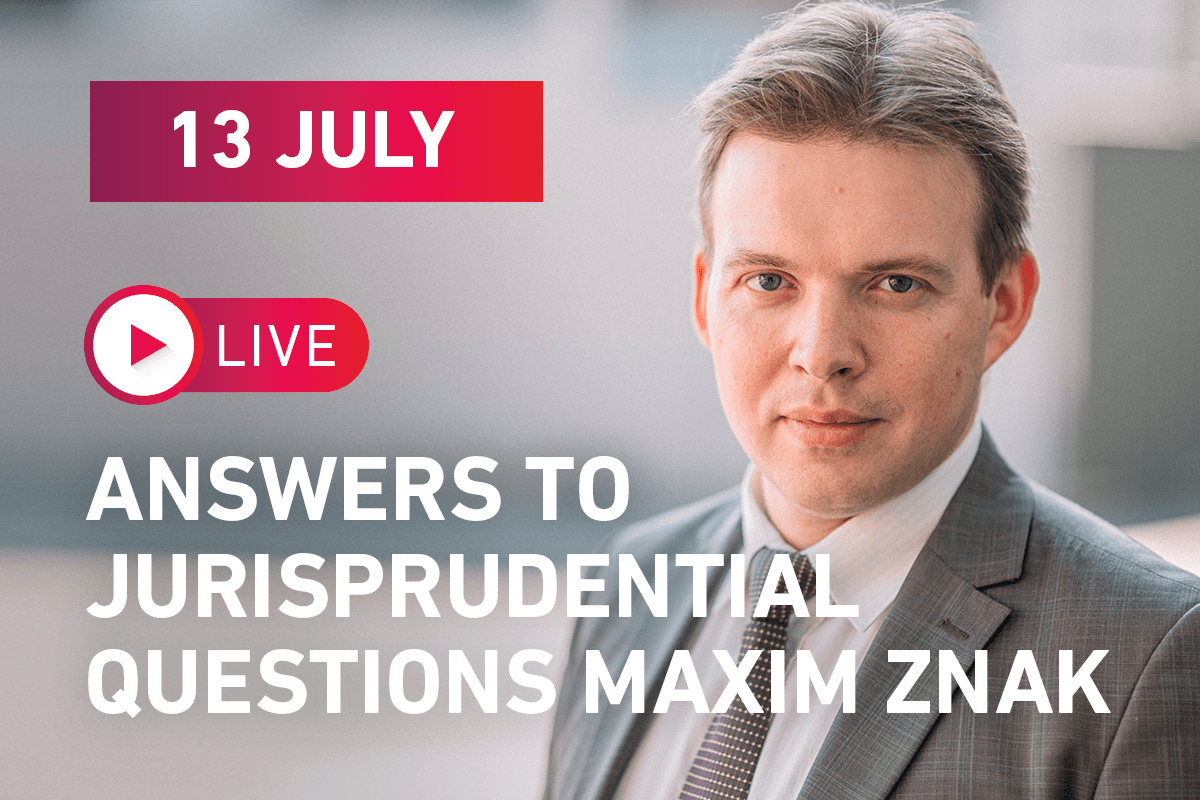 During our traditional live stream today, Maxim Znak, the Headquarters legal counsellor, congratulated all the viewers on the upcoming start of the election campaign and spoke about a number of notable campaign events that happened over the past week.

Here are the key points from his presentation today.

Today, Viktar Babaryka’s lawyers reviewed the verification reports on the documents filed to the CEC. Official statements from authorized bodies confirm the information stated in the declaration and in other documents submitted to register Viktar Babaryka as a presidential candidate. We are expecting the registration process to be completed at an CEC meeting tomorrow, on July 14, at 11:00.

On your missing signatures

We have managed to obtain protocols and acts of the district commissions to see the full picture of how signatures were deemed invalid. Our initial suspicions have been confirmed: the signatures were rejected in huge numbers because allegedly the dates on the signature sheets were written by the same hand.

Here is a summary on the subject:

We have already reviewed this situation in detail after the CEC found that this mass rejection of signatures has no legal bearing and cannot be appealed, as it presents no obstacle to the registration process. We categorically oppose this strategy and have filed an appeal to the Moskovsky District Court, as this means that both the rights of the presidential candidate and your voting rights are infringed upon and violated. We are waiting for the case to be heard. We believe that, since the right to judicial protection is guaranteed by the Constitution (Article 60), we can expect that this case will be heard in court. Providing legal protections is especially important, considering that, as it turns out, it is unclear how the letters were drawn up by the specialists and how the dates were analyzed. Evidently, the CEC did not review the data at all.

The “campaign wherever it is not forbidden” principle has been replaced with “campaign only where it is expressly permitted” this year. Minsk has designated just 6 spots where campaigning is allowed, and anyone would be hard-pressed to find a Minsk resident who can tell you of the top of their head how to get to any of them.

As this constitutes an obvious restriction of electoral campaigning rights, a collective appeal — more than 1,500 signees — has been filed. We are waiting for the appeal to be processed.

On the processes and initiatives launched earlier

The electoral campaign in Belarus happens very fast. As of today, not a single candidate has been registered, and tomorrow the elections will be as little as 26 days away.

We are going to go forward with all the processes we have put in motion. It is going to be slow, methodical, somewhat boring, but with exclusively legal means and goals. Court hearings on the district commissions nomination have already been held. We barely had time to submit supervisory complaints and appeals to the prosecutor’s office when another kind of complaints started flooded in — the citizens are insisting that their signatures to nominate certain members to district electoral commissions have been forged. Complaints to law enforcement agencies in several electoral districts have been filed. We have yet to see verification results on nominations from political parties, public associations and labour collectives. Our work continues.

On the importance of legal complaints

We are often asked why it is necessary to file complaints, review the violations in detail and so on, when the end result is clear anyway. Are we not doing unnecessary and unrewarding work? Rights should and must be protected!
When an appeal is granted, a violated right is restored. If an appeal is rejected, then it becomes obvious that the violation is not an accident, evidence is сollected, the facts of the case are revealed to all the parties in the process. Systematic violations are uncovered. This is not a fast process, and it is boring at times, but with every step we get closer to our goal.

Maxim also answered a number of questions you posed during the live stream.

All of you are very concerned whether it is possible that, should Viktar Babaryka get registered as a candidate in the presidential race, the level of his pre-trial restriction might change, switching either to a travel restriction regime, a house arrest or a personal surety pledge. Any of this would allow Viktar Dmitrievich to campaign if his registration for the presidential candidate is a success.

On the electoral fund account: the restrictions imposed by the KGB have not been lifted yet, so the account is still under arrest.

On campaigning: all citizens have the right to campaign independently. Under the law, you can do in any form of your liking, as long as you comply with all the requirements of the Electoral Code.

Another way is to campaign with the Headquarters as a volunteer.

During the Q&A Maxim Znak has also drawn your attention to the fact that a lot of social media accounts have appeared in messengers posing as Viktar Babaryka or the HQ and posting fake information on their behalf. Please be cautions — the links to all official communication channels can be found on our website only.