Maxim Bogretsov on imitation of dialogue, the work of the headquarters and how everyone can help 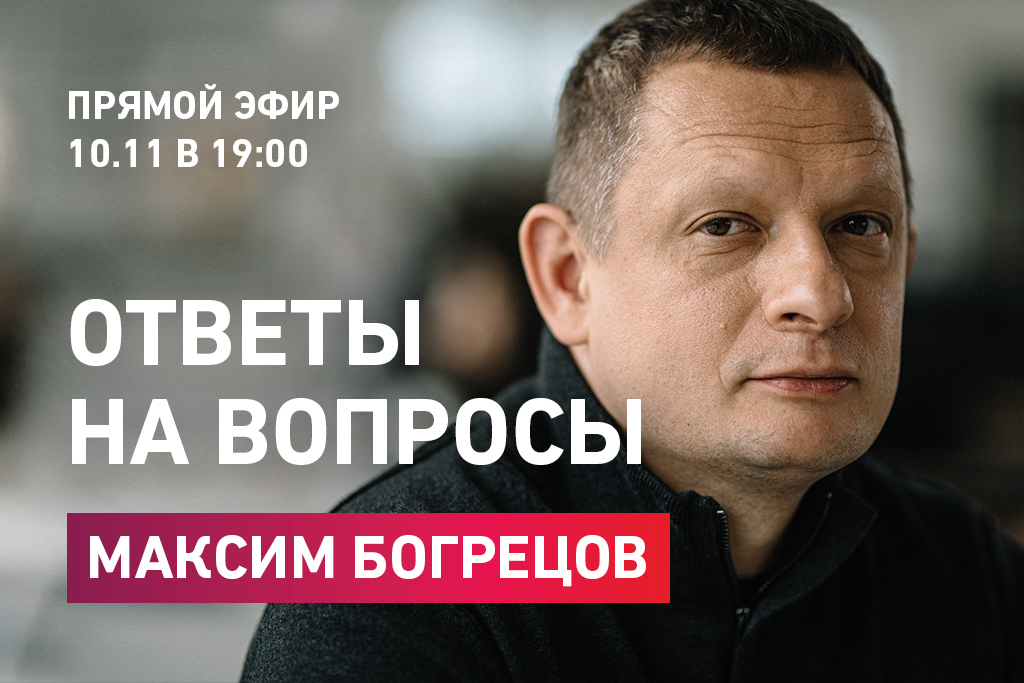 Friends, on November 10, the representative of Victor Babaryka’s team, Maxim Bogretsov, was broadcasting live. We prepared a summary.

How does the headquarters’ work go today and who represents it.

From activities of the headquarters’ point of view this is what is important: we fall asleep and wake up thinking about what we can do to help our colleagues. This is important both humanly and in terms of our team’s productiveness. It’s like a litmus test, which will mean that we have left the period of constant pressure and can move on to the stage of conversations.

We are waiting for the release of Viktor Dmitrievich, Maria, Maxim and everyone else’s. It is also important to remember that the headquarters was created for political activity. Many of the headquarters volunteers are participating in other programs today. We have certain ideas that relate to the headquarters – and they are all related to the implementation of certain political actions. There are projects in which we are especially active – that is 23.34, and a new project as well, that will be released soon. They are very important for us.

The team of Viktor Babaryka clearly understands that the main tasks need to be solved on the territory of Belarus. That’s why Maria Kalesnikava refused to leave, Maxim Znak has never even considered such an option. The main action takes place here! For my part, I am doing everything I can to help this movement being on the territory of the country.

How can you help?

There is a lot of work in the headquarters itself: there is a special form on Victor Babaryka’s website where you can register as a volunteer. Let’s not forget the main principle of our work: you don’t need to wait for anything, you just have to go and do it!

About the possibility of participating Yuri Voskresensky in the round table.

Offers to participate not directly, but were received. Our answer is NO! Recently, the authorities have stepped up some imitation of round tables. This also applies to Voskresensky and others. There are round tables and interviews in which they say that many people from the movement are asking for this kind of talks.

The main problem is: if we are actually starting a dialogue, and not an imitation of it, then one of the litmus tests are the political prisoners. These are the people who essentially play the role of hostages. It is very difficult to sit at the table, discuss some issues and at the same time understand that your comrades are in prison. They are being used as hostages.

We strongly appeal to and look forward to a dialogue, but an important condition is the end of violence and the release of political prisoners. It is a very important step, which would show both the Belarusian people and the international community that the authorities actually perceive what is happening in the country. That they understand why this kind of movement has arisen. In such a case, we can really sit down and talk about how to get the country out of the crisis. It is invalid to do this in a pre-trial detention center or in the form of pocket round tables, where people are invited to speak, using a pre-written piece of paper, and at the same time keep the prisoners jailed.

After all, we joined this movement for such people as Viktor Babaryka, Maria Kalesnikava, Maxim Znak – and it is very important for us that they sit at this negotiating table as free people. No serious proposals have been received yet, it all looks like an imitation.

About the ways of transferring power and the dead end of the protest movement.

I believe that our path should not be considered in the last three months. We need to start from February-March, when neither I nor many other people imagined that the national consciousness of the people could grow to such an extent, and the generations that have grown up over the past 30 years are able to loudly declare that they are ready to rule the country. I think that at that time many people did not even think that it was possible to go the way that we have walked during these six months. Yes. These three months were like a roller coaster: from euphoria to depression. Of course, now the level of pressure has increased and what happened this weekend was very unpleasant. But we have justice and facts on our side! We know that in order for a free state to exist, one cannot ignore the will of the people, steal votes, beat one’s people with batons.

The point of maintaining some kind of incomprehensible stability cannot justify such means. If the authorities are unaware of these problems, the country will be heading towards an economic crisis. That’s what many people are talking about today. The laws of economics are very hard to break. And we realize that every Sunday on the street.

A riot police officer with a baton in his hand does not produce anything and does not bring money to the country. I know for a fact that there is no other way than to perceive your own people and stop the violence. The other question is, how long will it take. Don’t be discouraged, look for new ways to resist! I’m absolutely convinced that we will win.

About violent suppression during street protests.

There’s a thing about authorities – if you don’t have people on the street, you win. What happens if the protest stays in people’s heads and they’re not allowed to speak? Are they suddenly happy? Forget about the stolen votes, the violence? No, there will be other forms of protest. I think it’s a big illusion.

The money that today is spent on special operations serves to show: “We have cleaned up Minsk”, “We have cleaned up streets in neighboring cities”. This may shift the focus in the other direction, but is unlikely to result in an increase in the number of votes that would actually support the current power and the dictator. Why do this? Lilia Vlasova said, “Why is power so blind to realize that these crackdowns don’t solve anything in the long run. This only drives the problem under the rug, but does not solve the problem of the rift in society, because stolen voices and violence are not going to be forgiven”. That’s like throwing gasoline on a pretentious fire.

About the establishment of a public association or a society-consolidating party.

When our leaders were detained and imprisoned, the authorities wanted us to forget about them and run off to discuss who the next leader would be. We have leaders! This is Victor Babaryka, Maria Kalesnikava, Maxim Znak, Edward Babaryka, volunteers, people who have been with the movement since the beginning.

All we can do today is to continue this movement, to do our utmost to ensure that our leaders are freed and these repressions end. Put your ideas forward – and let’s work on them, let’s move forward.

At some point – this will be the right moment – we will have the opportunity to organize ourselves in a real political force, in order to have a real legitimate representative power in Belarus, combined with elements of direct democracy. The experience we have in working with platforms, such as the “Voice” platform, allows us to get opinions on any questions very quickly. We have a unique situation where we can create a very transparent, high-quality and fair political system. For these representational elements to work, a political movement will be needed – and we will certainly build it with our leaders.