Max Bogretsov: We are the majority. Others will take my place 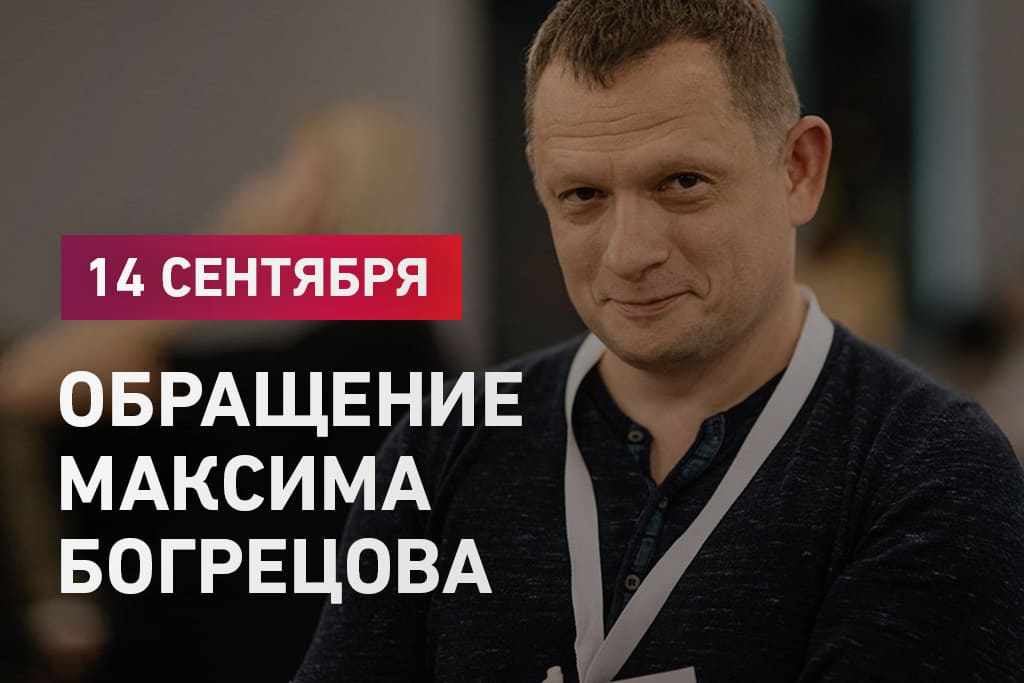 Hello, my name is Max Bogretsov.

I was Senior Vice President of EPAM where I worked for 23 years. I once started as a software engineer; 20 years ago I left the country, but every time I came back here, I saw how Belarus is changing every year.

This year, the country has reached a critical point of change after which there is no turning back – neither for us, nor for the current government. In the middle of August, I decided to take an indefinite leave of absence and return to Belarus to put all my skills and efforts into building a free and effective civil society.

Already in the first bloody days after the election, has it become obvious that neither force, pressure, nor propagandist fake news can remove people from the streets, nor suppress their dissent.

The government does not accept the dialogue offered by the Coordination Council and the people.

Every day that the government does not engage in dialogue, it damages the country’s economy.

We are losing people here, at large who managed businesses, developed IT, and worked in production. Seized company accounts, detained top managers – this is tax losses, this is the destruction of workplaces, this is the withdrawal of investments.

Those people who are still at large lose efficiency, no matter what they do. Their thoughts and time are occupied with fighting and worrying for their safety and the safety of their loved ones.

Foreign investors and large companies will not invest in a country where people get kidnapped, where they run away from batons, and where the Internet is turned off like a kitchen light.

Belarusians will not want to interact with the state system that symbolizes violence, they will not pay taxes that will become the salaries of those who seize them in the street and drag along the road.

Logical, right? Obvious to everyone except the current government.

It still believes that it will put the gags in the mouths and bludgeon Belarusians to love itself.

We call on the current government to engage in a dialogue.

The country that can flourish and get nicer is getting closer to collapse and stagnation every day, because the law here is observed by the people, not the authorities.

To compete at the international markets, people need freedom, not a blue van that takes one into the darkness, because they offended the current government by not wanting to work for it.

Legal default is a path to the nineties. The current government remembers the nineties well, and it seems that it still lives in that time.

The new generation of brave, creative, modern Belarusians does not want to live by the laws of the nineties, they want to move forward, they want and know how to build a new country.

Belarusians are smart, cool, and resourceful. Belarusians will build a free country with a new developed economy, with the modern approaches that the current government does not even know about.

Belarusians are very proactive and independent. We encourage expressing disagreement by all available legal means. Do not wait for the command – continue to act. If you have an idea, then go and do it. If it turned out well, then share it with others.

Many of our colleagues were not with us – they are now behind the bars.

Let’s not forget for a single day about the political prisoners, who have already paid the price for our freedom, and work for ourselves and for them.

Just three months ago you listened to Viktar Babarika, then there were Maria Kalesnikava and Maksim Znak who spoke to you on behalf of the Headquarters, and now I am doing it.

No matter how many people are deprived of their freedom, it is impossible to circumvent the objective laws of the development of society, economy, and of mere arithmetic.

We are the majority, and together we will win!