Maria Kolesnikova: This is a marathon, and the regime is unable to cope with long-term resistance 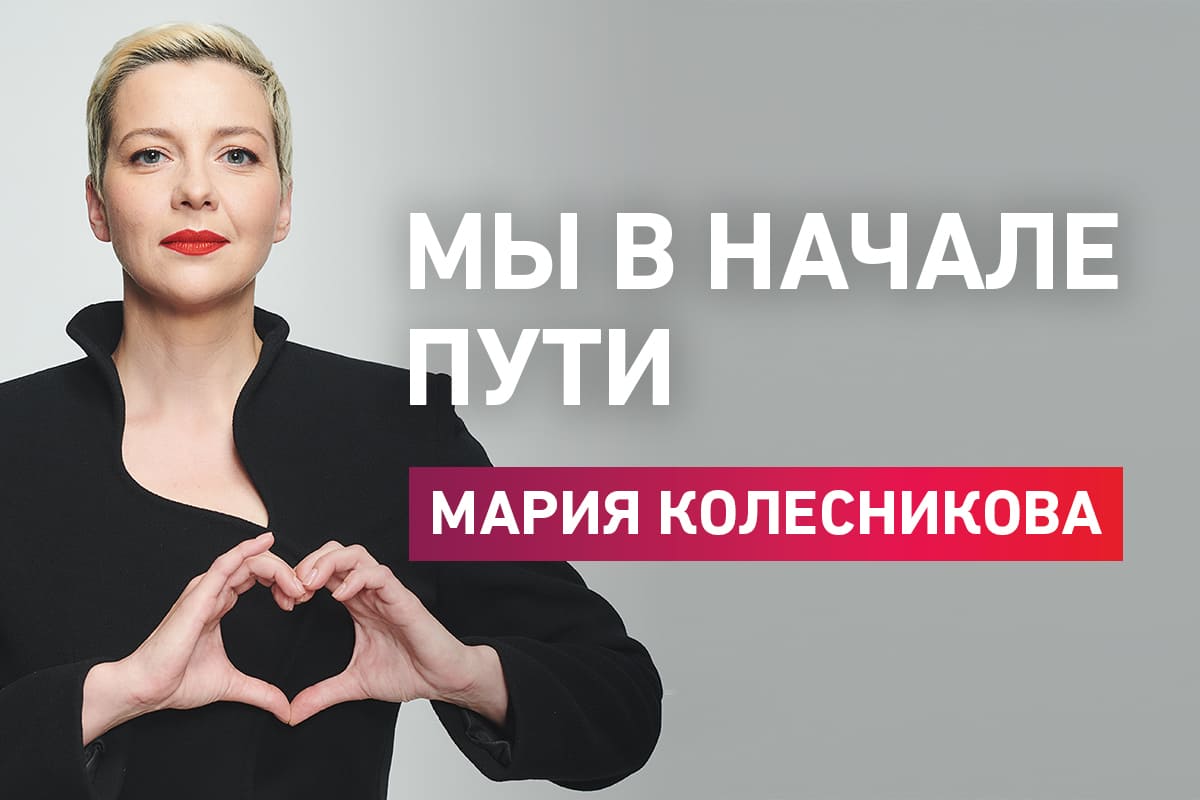 More than a week ago Belarusians chose a new president for them and now they are watching how the previous president demonstrates that it’s not the people’s will makes him president, but his own desire and power seizure. For a week Belarusians have been riding a roller coaster. Pain, fear, elation, euphoria, apathy, pride, hope, powerlessness, happiness. We have lived many lives this week.

Belarusians! We are more than incredible. Just in a week we did what others would have done for a century.

The whole world is going crazy with Belarusians. We showed our strength, courage, our decency, tenacity. We showed our willingness to help, our intelligence and cleverness. Everything the government could not and did not want to do for us, we did ourselves. On the front pages of all world newspapers, Belarusians are proud, beautiful and courageous.

We have been taught for 26 years that we are defective. They pushed down our self-esteem and a sense of the nation. But they failed. Belarusians became Belarusians again in a matter of hours. Two weeks ago we were fined for a small flag on the mirror of a car – but now the whole city is decorated with the most beautiful flag.

A week ago, we were beaten to death for taking to the streets – but now thousands of people every day stand at the ministries and show them their disagreement. A few days ago it was difficult to imagine that state television would show the truth, and not potatoes – but today dozens of people are on strike, quit and publish evidence of the unthinkable bestial cruelty of the security forces on the front page. Until recently the government lectured the workers and made empty promises – but today the factories are shouting “Go away!” in their face and don’t go to work.

Friends, we understand: some of you get tired, and some of you despair. But we, Belarusians, have chosen the path of peaceful, legal, non-violent protest. And this path takes time. What has been planted for 26 years cannot disappear in a moment. We all need time of hard work and patience. We must continue to express our disagreement. Write, tell the truth, go out, stand, go on strike, complain, refuse to cooperate, boycott, disagree. Make it clear to every unscrupulous official that he is wrong, and we disagree with him. This is a marathon, and the regime cannot cope with prolonged resistance.

We have the support of the world community, we have the support of the world press, but most importantly, we have each other’s support. For the workers on strike, our pride and hope, we have already collected huge sums of money. As well as for the victims of criminal actions during the dispersal of peaceful actions. Those who want to quit the regime are provided material assistance and help with a new job. And what does the current government have? Security forces, whose officer’s honor is stained with its criminal orders. State employees with the flags of the USSR at rallies, where they were taken for a bonus of 50 rubles or under threat of dismissal. Awkward PR people who clumsily cover up monstrous lies with a cheap fake. Stories about “puppeteers” and the collapse of the country, in which no one believes for a long time.

Turn on the Internet for the current government. Show them the photos of the mutilated people who were taken away from the police department and Okrestin Street by ambulance. Show them the hard workers who have walked many kilometers to support each other on the strike. Show them the streets of cities last Sunday. Show them 400 thousand people with flags and in white clothes in Minsk, who shout “Go away!”

Friends, don’t give up, don’t despair. We are at the beginning of the way, but we have made a very good start. The government tried to tame us by force. They are trying to tame us with their ignorance and repression. The government is waiting until we get scared, until we get tired, until we get bored. It will be hard. Sometimes it will seem that nothing will work out. But it’s not like that. We can’t give in. When everything seems to be lost – everything is already saved.