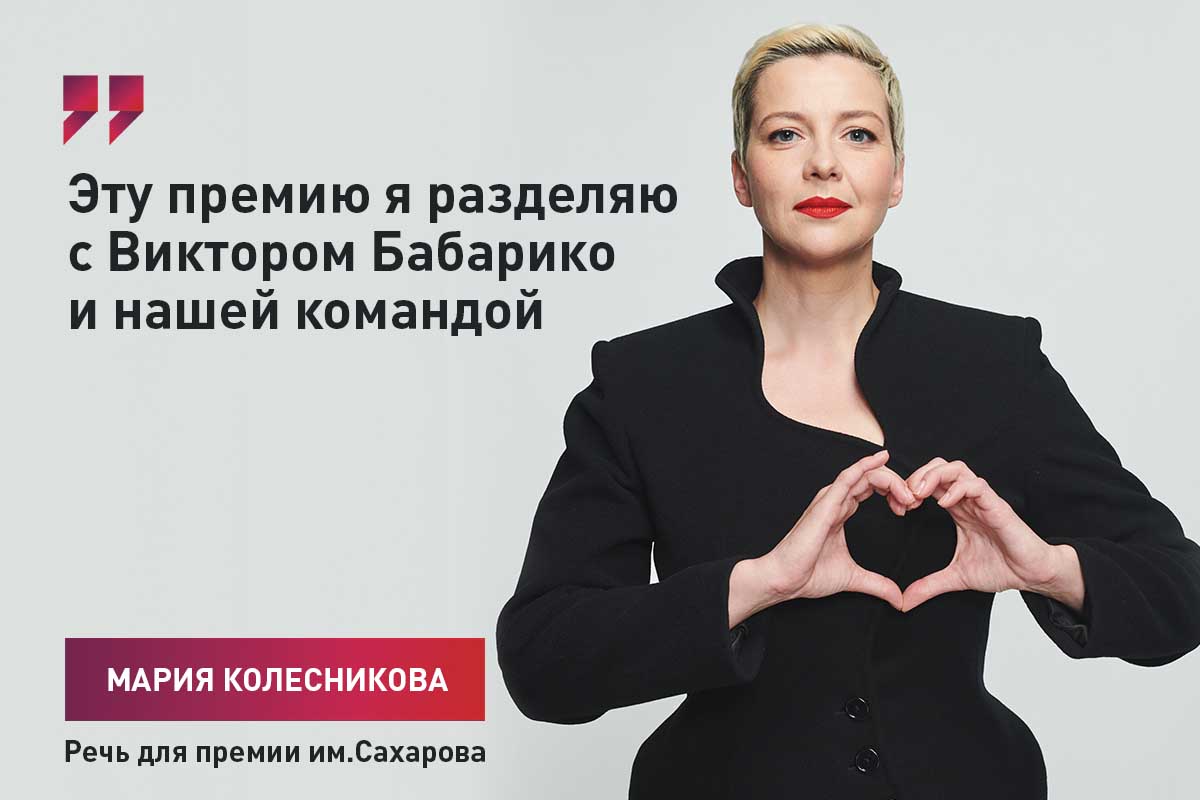 Maria Kalesnikava could not personally come for the Andrei Sakharov Prize, which the European Parliament awarded to representatives of the democratic movement of Belarus for their contribution to the struggle for human rights and intellectual freedom. Maria’s speech was read by her sister, Tatiana Khomich, during the plenary session of the Commission on International Affairs, Development, Subcommittee on Human Rights.

We publish a speech that was to be heard by Maria’s voice:

On the day when Victor Babariko denied registration as a presidential candidate for nothing, we, his team, went to put in a complaint with the Central Election Commission. The idea was not to complain but to build a kilometer queue of dissenting Belarusians at the CEC building, to show resistance. The day before I had doubts, I was afraid, I told the guys – «How I will go, I can go to jail».

On September 8th, I was tearing up my passport, knowing that I was going to jail. Less than two months have changed me – what I feared in July was the price I am willing to pay for future freedom.

It’s an example of my life, but it’s a story of all Belarusians. We overcome our fear, we pay an unbearable price for our future freedom, and every day we become more courageous and more selfless.

We’ve been raised on stories of victories since we were kids. We’ve been reading tales of brave heroes, writing about the exploits of our ancestors. We rarely associated ourselves with these people, it seemed like we had to have a special gene to do it. It turns out that this gene is just a human gene.

This prize I share with all those in prison who have suffered as a result of their active citizenship. With all of Victor Babariko’s campaign team, who is now, accomplish a feat day by day. And, of course, I share this prize with Victor Babariko, the man who, at the cost of his freedom, united us all, inspired and, thanks to him, we believed that we could change everything.

Belarusians should be part of a free and democratic European society. These talented and courageous people, without the oppression of authoritarianism, can do so many extraordinary and important things.