Maria Kalesnikava: We Appeal to Military Officers, to Security Services 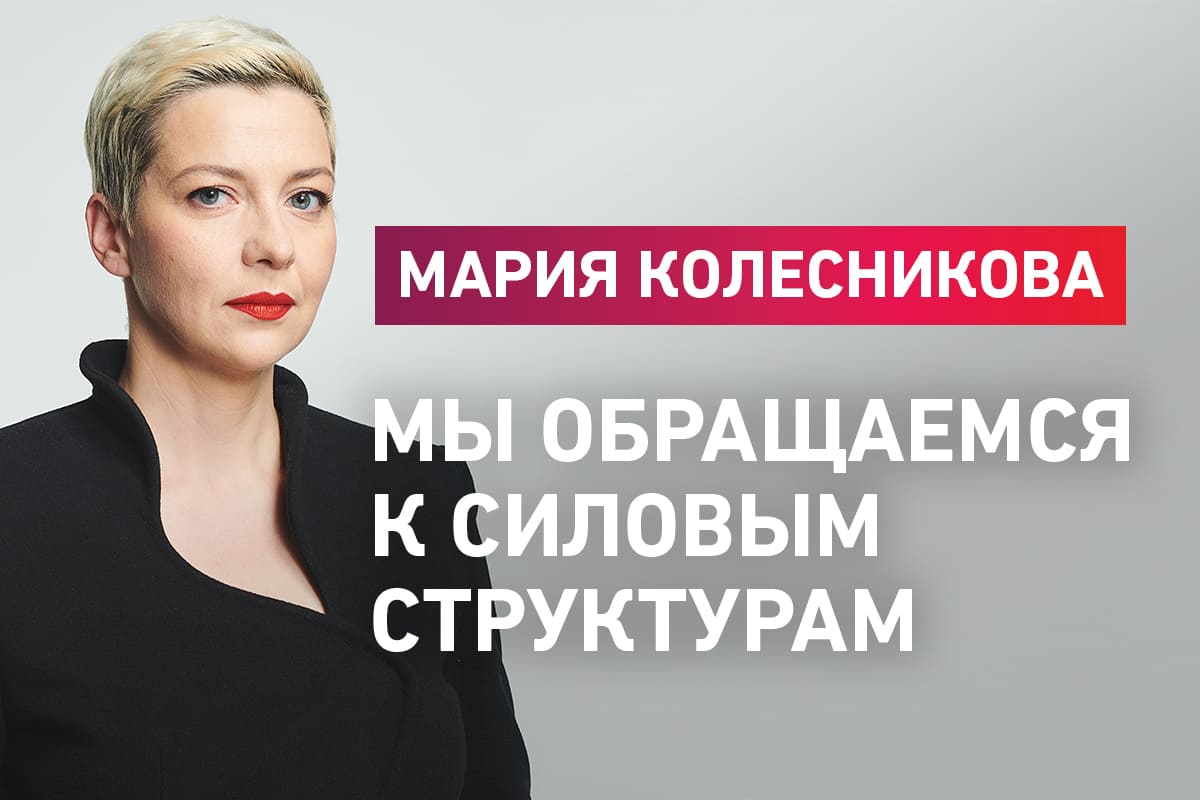 We are appealing to military officers, to security services.

The degree the authorities smirched your honour as men in uniform is unprecedented. All Belarusians shudder from last week’s events, seeing empty eyes of those released from Akrescina. The whole world does. We are torn apart by dread, unacceptance, failure to comprehend who walks the same streets as we do – humans or not. With its unlawful orders, the authorities are dragging you down to the bottom of hell comprising women’s screams, distorted bodies, broken mentality, collective trauma that will remain with the Belarusians forever. The authorities are doing their best to transform your uniforms from respected into despised.

Accomplices of the regime are working round the clock to present the truth as fakes, peaceful citizens as paid mercenaries, victims of violence as those who wanted it. But even those who believed the state television just recently don’t buy it any more. And everyone laughs at the attempts to conceal the truth. After World War II, there were people who denied genocide just the same way.

Giving oath, you pledged to serve the people of Belarus. And now you are witnessing its depopulation. Why won’t you stop it? Why continue taking orders from those who started this genocide instead of protecting your people?

Women and children appeared to be braver than those who are silently watching thousands of facts of horrifying torture and annihilation of the Belarusian people. There is nothing cool in beating the defenceless. Those who gave the beating won’t ever wash away the barbariness. Neither will those who covered for them and kept silence about their crimes.

What are you afraid of? Why haven’t you joined the people yet? Why haven’t you become the heroes for the Belarusians yet? You can preserve officer dignity and honour of a soldier and forever become a part of the country’s history. Even the world’s history.

You probably heard the Belarusians shouting “disgrace!” to ministers. You might hear them shouting “glory!” to you.

Our plan is simple. If you join the people, refuse to take an unlawful order, we wll:

Look at us. We are Belarusians, we are different. We are striking workers; we are officials unemployed for disagreeing with the regime; we are a girl raped in a police van; we are doctors demanding that the minister told the truth; we are relatives of a young man killed during a peaceful protest; we are businessmen raising funds to help those who wish to leave the law enforcement; we are a teenager who had a baton pushed down his throat. We are neither criminals, nor mercenaries, nor paid bots willing to destroy the country as told in stories fed to you. We want to live in a free, independent, stable country.

You are being told about string-pullers, about financing from abroad. Do they think you’re stupid? Who believes that? Do you? Same as you don’t believe in the existence of genocide.