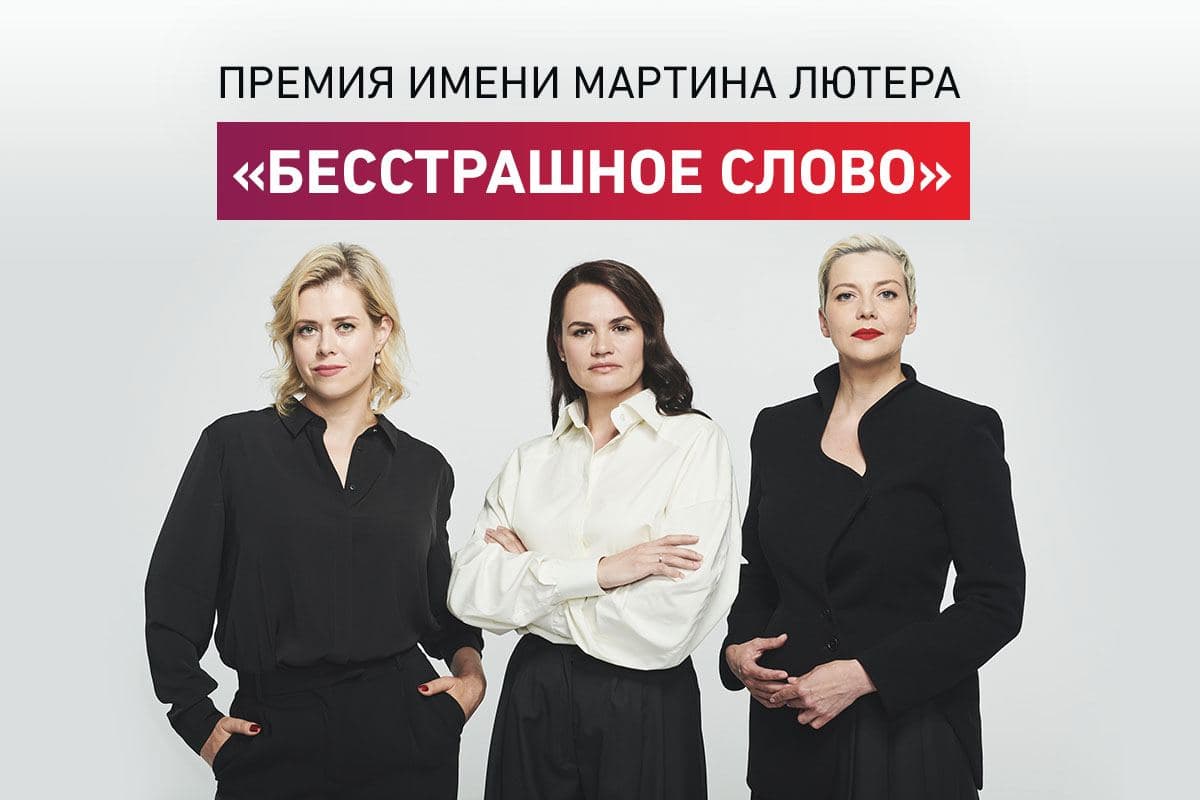 Sviatlana Tsikhanouskaya, Veranika Tsapkala and Maria Kalesnikava have been awarded the Fearless Word Prize in honor of Luther. According to the organizing committee, these three women represent tens of thousands of peaceful demonstrators fighting for political change in Belarus. The award ceremony will take place on April 24 in Worms, Germany.

The Fearless Word Prize was established by a union of 16 cities where ther German reformer Martin Luther lived and worked. The biennial prize is awarded to people who bravely defend their beliefs, despite serious challenges on their way.

We have hope that Maria will be able to receive the award in person along with Sviatlana and Veranika.

Maria Kolesnikova has also been named one of the winners of the Andrei Sakharov Prize for her contribution to the fight for human rights, and a member of the Norwegian parliament nominated Maria, Sviatlana and Veranika for the 2021 Nobel Peace Prize.