Maksim Znak: about jackpot and honest people inside the CEC 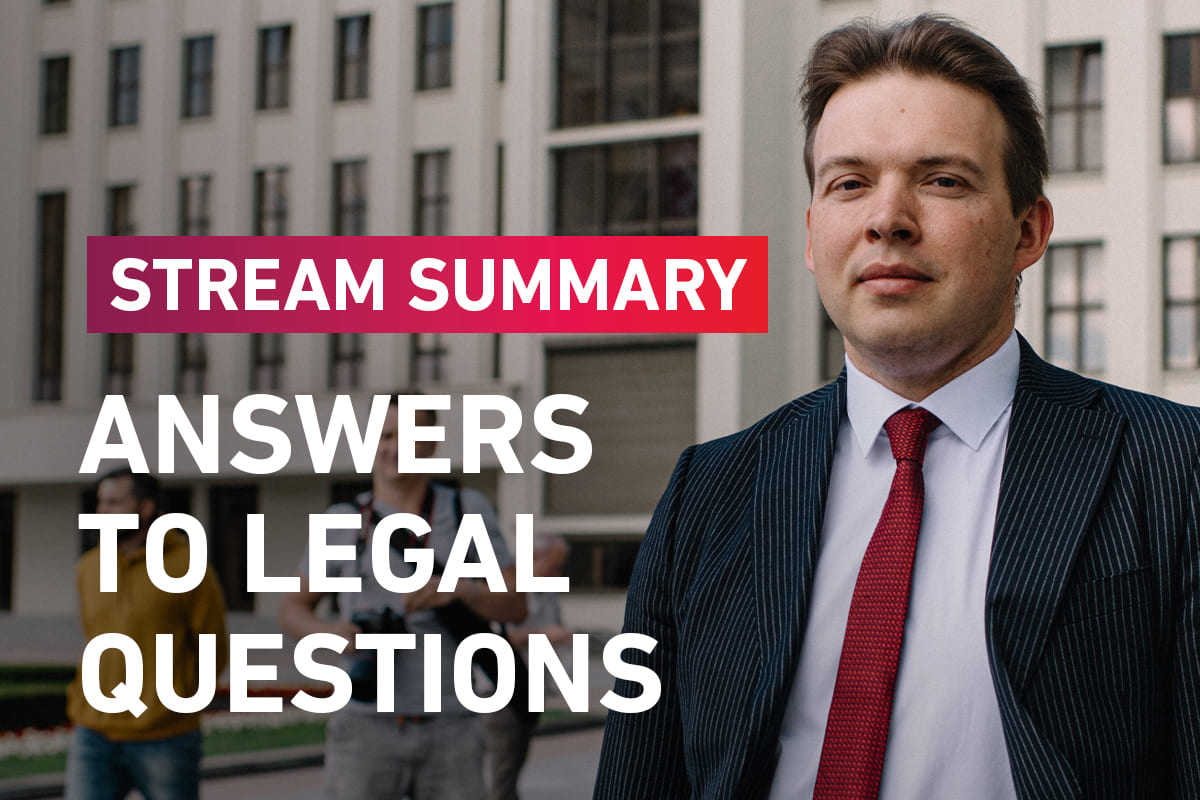 On July 22, meeting of the Central Commission of the Republic of Belarus on Elections and Holding Republican Referenda was held. This meeting had new CEC members in a consultative capacity present, seconded by the presidential candidates. One of them, Pavel Dik, represented Sviatlana Tsikhanouskaya. Pavel Dik is an active member of the Honest People initiative. So it’s good news: honest people are already inside the CEC.

At the meeting, the CEC has adopted a resolution to limit the number of observers. Such a decision was expected, however, turned out to be an unpleasant message: the right guaranteed by the Electoral Code is being limited.

Nevertheless, Lidiya Ermoshina assured that there won’t be any impediment to the observers accreditation. But not more than 5 persons will be able to attend the voting stations from among those who were among the first to submit their applications (if the commission consists of less than 7 people, the number of observers shall be limited by 50% of the number of the members of the commission).

At the same time, the majority of observers from the Honest People initiative failed to submit their applications because the commissions are not yet working permanently and there are no accreditation logs. That said, more than 40,000 observers have already been accredited which means that formally, there are no more vacancies.

Back on June 17, Lidia Ermoshina was interviewed by Euroradio and was asked a direct question: “Tell us, in terms of epidemiological situation, will there be any problems with the observers accreditation? Will everyone be allowed to the voting stations?” And she gave a direct answer: there are no limitations. Indeed, the situation has changed. There are limitations now due to the resolution.

All these elements lead to the situation when the electoral campaign is missing its essential components. There are less or none at all, conditionally independent members of the district election commissions. Well, it happened so that they were all denied. The courts now explain it was an accident. But we see nothing accidental in the fact that none of the applicants – who are successful, worthy, experiences people – managed to become members of the district election commissions from the Honest People initiative. At the same time, all the commissions across the country in the majority of cases have been formed by the members of one working collective. If this is a coincidence, the probability of such coincidence is even less than of winning a jackpot in Las Vegas.

What is planned in this regard:

Maksim Znak also spoke about the appeals filed to Viktar Babaryka’s presidential candidate registration denial. We’ve already made a post about that.

Answering the question about the white bracelets, Maksim Znak said it might be a symbol of honesty, changes or might be a fancy accessory of this summer. What’s important, you should wear it already, distribute among your friends. So that we recognized each other.

Together we will win!