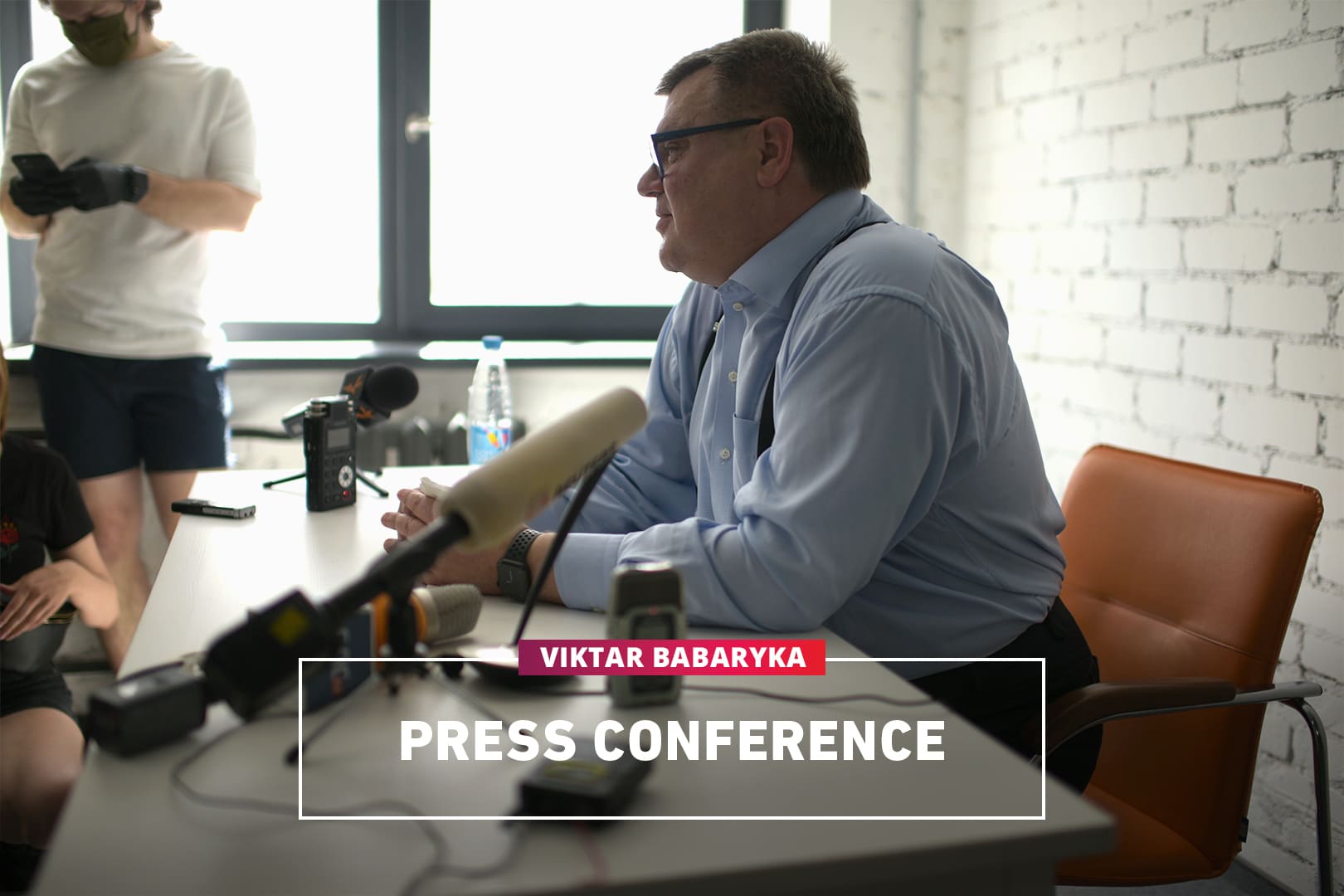 Early on June 11, representatives of the Financial Investigation Department raided the head office of Belgazprombank, as well as Privat Leasing, Centaur, and Campari offices. Viktar Babaryka held an urgent press conference. Here are the highlights.

Belgazprombank has been subjected to numerous inspections, and the last one took place in January 2020. None of the inspections found any cases of misconduct which could result in such actions against the bank employees that we witness today.

A conclusion suggests itself that today’s actions have a political nature. I do not state anything but there seems to be a correlation. I consider it unacceptable because using any authority or any means as illegal leverage contradicts the laws of the Republic of Belarus.

The cynicism of the situation is that these actions are not aimed at me. I was prepared to face the measures against me. But it is cynical to take actions against the people whose only fault is that they worked in the organization I headed or who are my friends.

I apologize to everyone who was involved in this trouble. I also appeal to the law-enforcement authorities to comply with the laws of our country.

The only possible behaviour in the current situation would be to carry out our plan as it is.

Initiative group members already confirmed: “We will return and will work even more actively on collecting signatures!” It just happens that any actions against us have the opposite effect. They inspire people to vote for changes and demand these changes.

Let’s continue collecting signatures and prove that now Belarus is different from what it used to be.

Don’t be afraid! Together we will win!