Ivan Kraucou: Millions of Belarusians are breaking the plans of authorities right now 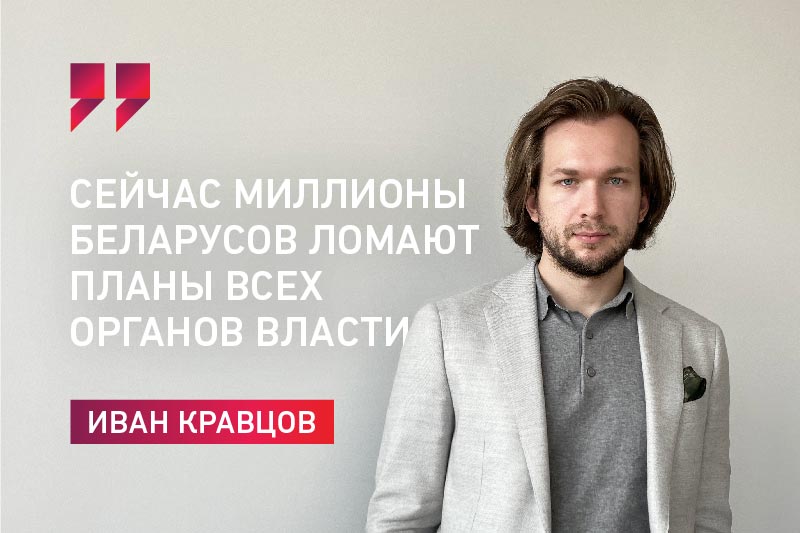 Ivan Kraucou recorded a video message where he spoke about how three ordinary Belarusians without special training, broke the plan of the security forces, and millions of Belarusians break the plans of the authorities every day. Ivan also recalled: our common plan is to win!

Friends, my name is Ivan Kraucou, I am a representative of Viktar Babaryka’s team. I joined the team in May. Last week, I was recognized a person who knows how to floor the gas pedal in time at the border so as not to stay in the Minsk pre-detention center on a trumped-up charge.

Earlier, we all lived with the feeling that the Belarusian security forces are a vigilant eye watching everyone. That it is a combination of intelligence and omnipotence. We were convinced of this so that we would be afraid and keep a low profile. But let’s face it, at least with my own example and the examples of Anton Radnenkou and Maria Kalesnikava.

The operation to expel us from the country was prepared by several dozens of people. They followed Maria, followed us, bought us plane tickets and COVID tests, found out what Maria Kalesnikava had for breakfast. Then they spent many hours talking, persuading, threatening, blackmailing. Then 35 people escorted us to the state border, drove my car there and refueled it, transferred us, and forcibly brought Maria. Then, you know – Maria tore up her passport and broke their plan, Anton and I managed to flee when they tried to detain us again, and broke their plan.

Three ordinary Belarusians – a flutist, an architect and a manager – without special skills and training, without education at the academy of the Ministry of Internal Affairs and the KGB school, without puppeteers and orders from above, broke the plan of the security forces.

Likewise, now millions of Belarusians are breaking the plans of the authorities.

Everyone asked, what plan does Babaryka’s team have? It is the same as for all Belarusians. Our plan is to win. And together, gritting our teeth, fighting fear, we will continue to carry it out.

The chaotic, illogical and stupid movements of the authorities only prove their despair, inability to oppose the incredible Belarusians with anything but unbridled force and lies on TV.

Friends, we are incredible! We must not stop and must not ease the pressure of our peaceful protest.

Maria Kalesnikava overcame her fear of staying with the security forces and tore her passport. The IT specialist from the police truck overcame his fear and told how he was raped with a baton by the riot police. The Belarusians overcame the risk of ending up in Okrestina and came to the next march. Every day we all fight our fear for one great common goal. It is a great happiness to be all together, it is a great happiness to be on the same side. The authorities’ plan has never come closer to failure.

Another person will take my place, and then another one, and then many others. We should not give up with each new landing, on the contrary, the will to win should wake up. It is impossible to close the desire of the people in prison, we are the majority, we are strong and incredible, we fight and win.

Together, we will win!