Information on the detentions of members of initiative groups 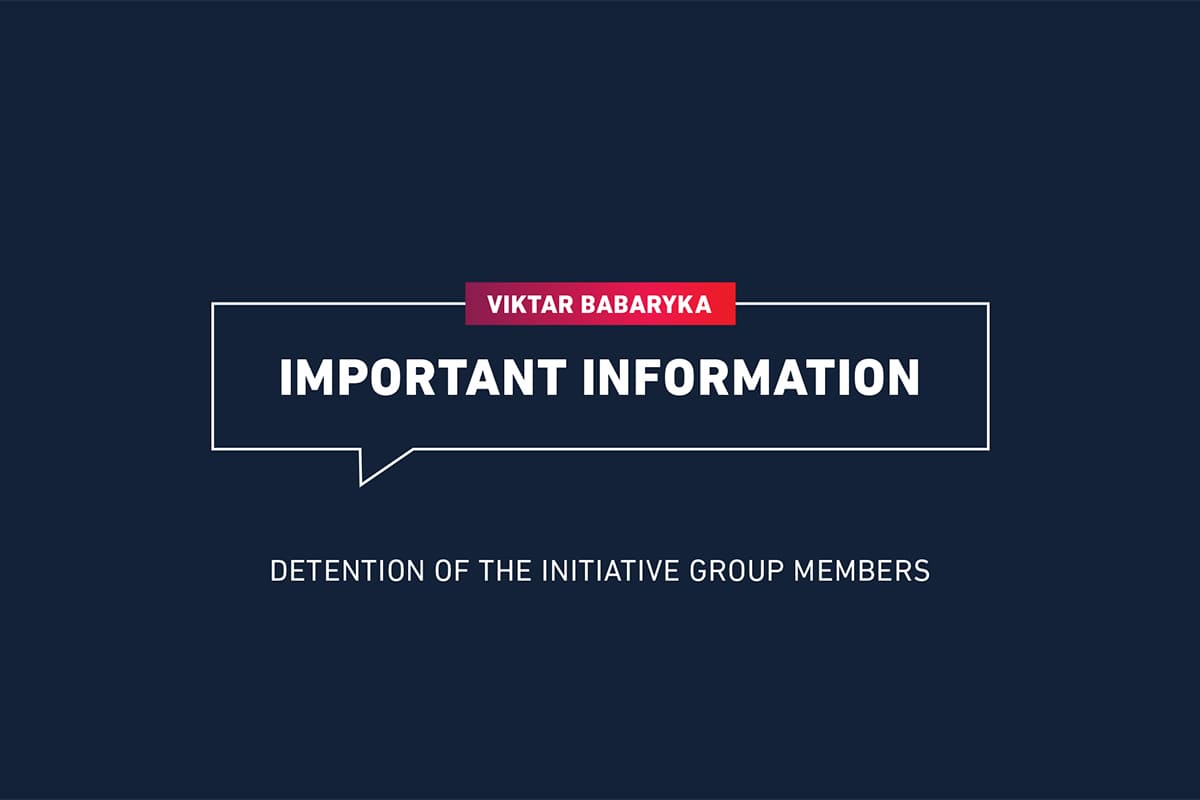 Viktar Babaryka headquarters receives information about detained members of initiative groups and other persons from relatives and friends of the detainees. We will publish the received information, including information on violations of the rights of citizens, both during arrest and detention.

Svetlana Kupreeva was detained at her home on Thursday morning, 11th of June. In the apartment, in the presence of 81-year-old mother, the Financial Investigation Unit began to conduct a search, and then they took Svetlana out of her apartment, without change of clothes. In the evening, Svetlana’s friend was informed by telephone that Svetlana had been detained and would stay at the KGB pre-trial detention center.

The next day, 12 of June, Kupreeva was interrogated, but was not released. After 72 hours, she was also not released, which can only mean that a preventive measure was applied in the form of detention. At the same time, neither the mother nor any of Kupreeva’s friends were notified about the detention. The Financial Investigation Unit managed to transfer Svetlana to the pre-trial detention center only four days after the arrest.

Svetlana Kupreeva has never worked neither at Belgazprombank, nor at Privat Leasing, Kampari, Centaur and others. Kupreeva has no joint activities with the managers of these organizations. But Svetlana Kupreeva is a friend of Viktar Babaryka family and a member of his initiative group, a coordinator for one of the districts of Minsk.

Currently, the lawyer is denied access to Kupreeva in the KGB pre-trial detention center “because of the coronavirus” (for about three months, lawyers have been denied visits to clients in the KGB pre-trial detention center, referring to preventive measures; these measures, however, are not an obstacle for communication with prisoners neither for investigators, not for police officers).

Complaints about the illegality and groundlessness of the detention filed by Kupreeva and her lawyer were not considered within the time period established by law.

At the time of preparation of this press release, the inventory and seizure of property located at the place of residence of Svetlana Kupreeva is in progress.
Svetlana Kupreeva is not the only one detained, the information about other cases will be updated on the site. We urge the investigating authorities to strictly abide by the norms of the criminal procedure law, and we ask journalists and human rights activists to monitor the development of situation.