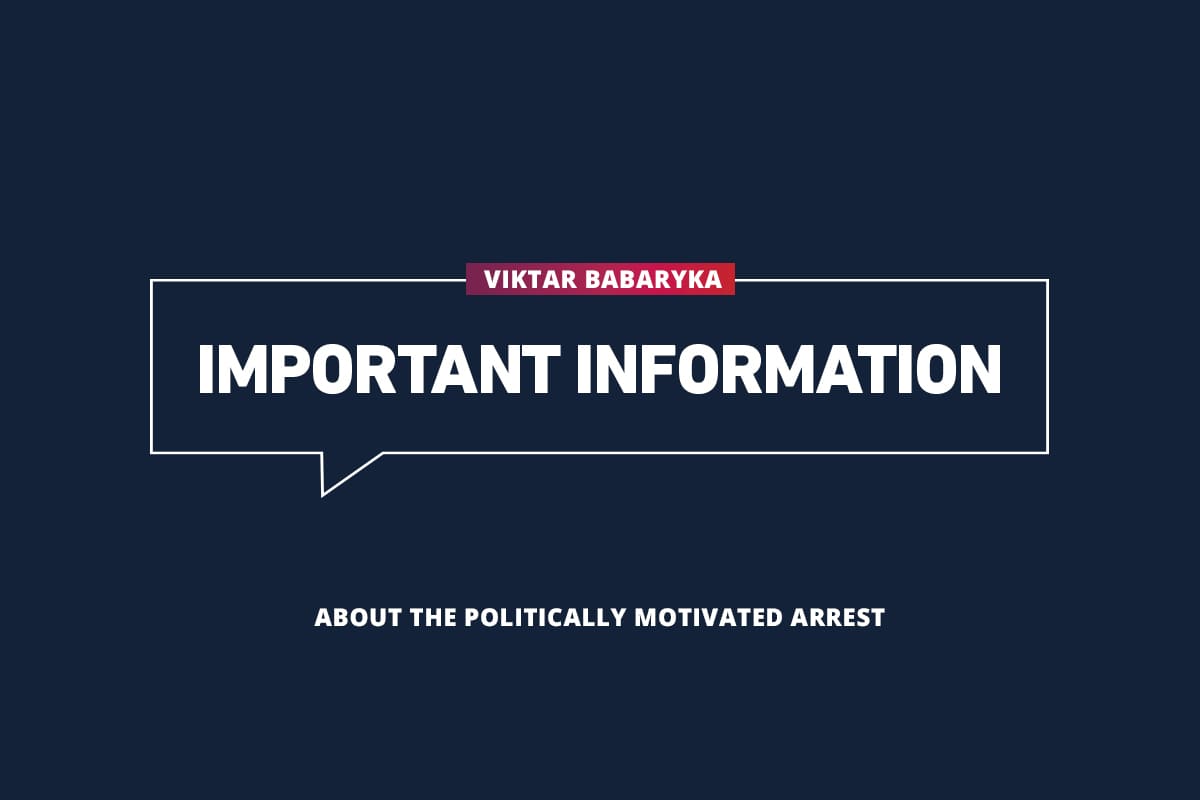 The Headquarters has contacted Tatyana Nikolayevna Gavris, mother of Svetlana Kupreyeva who got arrested.

It has been revealed that, after the assets inventory was held in her flat on the 15th of June 2020, Tatyana Nikolayevna has been left with the Order of DFI (Department of the Financial Investigations). The document states that her daughter, Svetlana Kupreyeva, is alleged to have committed a crime under the Section 243, part 2 of the Criminal Code (tax evasion), with alleged damages of more than 8,950,222.89 BYN, or nearly 4,000,000 USD.

However, Svetlana Kupreyeva, who got arrested because of her participation in the electoral campaign, lives with her 81-years-old mother in a simple “khrushchyovka” (a type of apartment commonly built in 60-70s), which belongs to Svetlana’s mother. The family possesses no valuable property.

It should be recalled that Ms. Kupreyeva is not working for Belgazpombank and was not working in any of the companies that have been raided recently. She is just a friend of Viktar Babaryka’s family and his supporter.

On the June 16, 2020, the Moskovsky District Court of the MInsk City held a closed hearing which examined and rejected the complaint filed by Svetlana Kupreyeva and her lawyer against her detention. Svetlana and her lawyer are insisting that there are no grounds for detention, as she has not committed any crime.

The Defence’s appeal against the remand order has not been yet examined by the Court. Svetlana is currently held in the remand prison of the SSC (the State Security Committee), but she has not been indicted yet. Her lawyer has not been allowed to visit her, allegedly because of the epidemic, even though other remand centers allow lawyers to meet with their clients.

The appeal to the General Prosecutor challenging this restriction of lawyer visitation rights is currently being ignored by the Prosecutor. Because of these outrageous legal violations and arbitrary detention, Svetlana Kupreyeva may be classified as a political prisoner. The staff of Viktar Babaryka’s Headquarters are calling for the release of Svetlana Kupreyeva and demanding to stop harassment of Viktar Babaryka’s supporters.