“I officially declare: this is my money” – weekly round-up with Viktar Babaryka 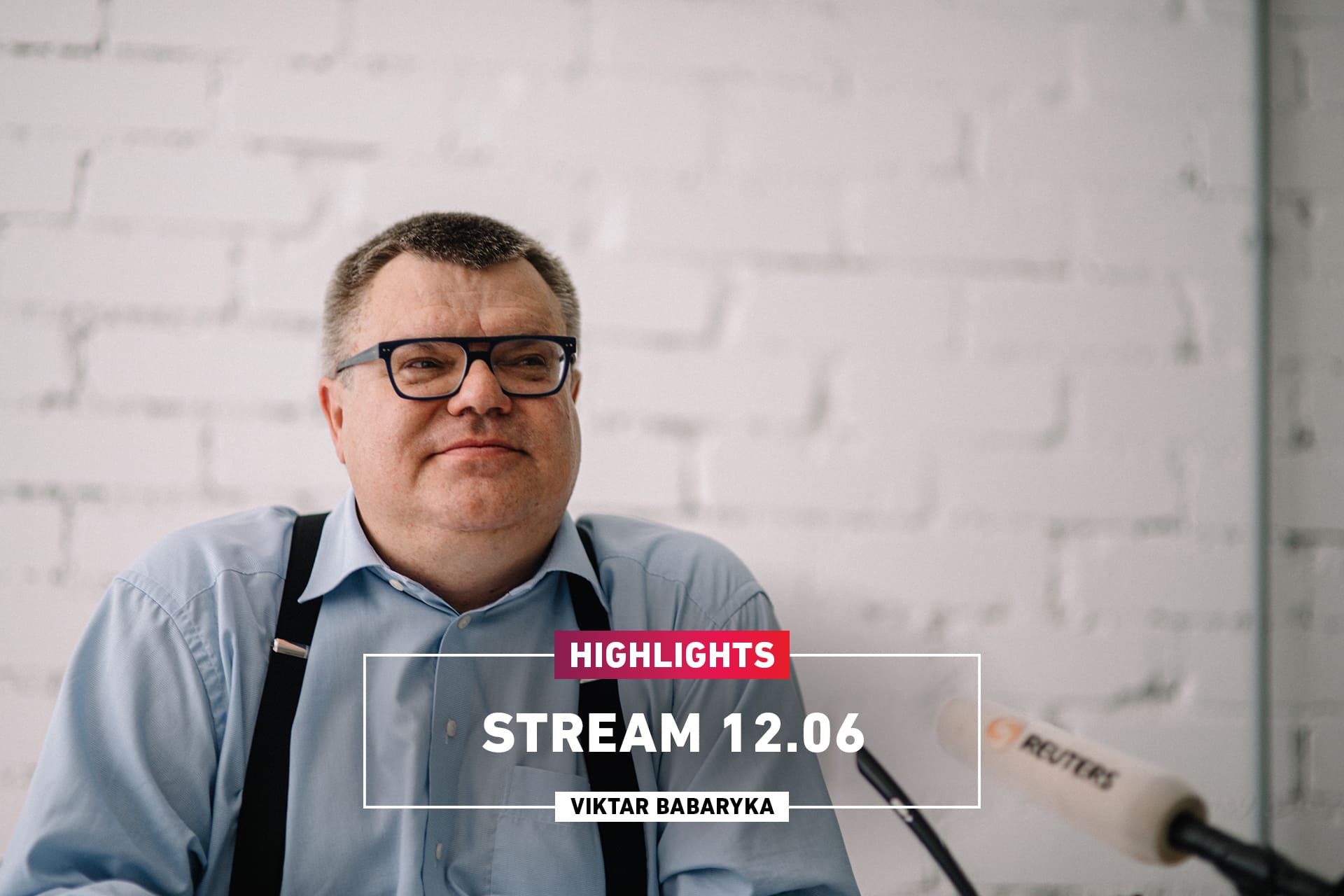 On June 11 representatives of the Financial Investigation Department raided the head office of Belgazprombank. The same day the operational activity of Molamola platform in Belgazprombank was suspended. The platform is designed to raise funds for important social projects. Viktar Babaryka commented on the current events and answered questions during the weekly live stream. More than 175 000 people watched the stream until June 13, 2020.

The money seized during the Belgazprom head office raid

If the money in question was found in my friends’ safe deposit boxes, I can officially confirm: this is my money. My friend Dmitriy has a deposit of 100 000 Euro which I asked him to store because I’m a banker and I’m not used to putting all the eggs in one basket. I had to allocate my resources and among other things for the emergency purposes.

If another friend of mine, Vladimir, has a deposit of 100 000 dollars – this is my money that I asked him to deposit. If they found securities and bearer bonds for the sum of about 250 000 Euro and 100 000 dollars in his safety deposit box, these bonds belong to me.

If these sums are the foundation of the charges, then the charges should be dismissed because the money is mine. I was planning and still do plan to report it in my declaration. And I do hope that it will not only be reported in my declaration but will also be returned to me when the deposits and securities reach maturity.

When I hear such accusations, I always remember an old joke about a grandmother and her granddaughter talking in October 1917:

I also want no more poor people in Belarus. I don’t support an idea of the country that hates the rich.

We have collected over 330 000 signatures, most of them already verified. Today we started submitting the signatures to the district election commissions. Thanks a lot for the work that we are doing!

And, despite all the current events, it seems like people want to see me as a presidential candidate. There is hope that I will be registered and we will tell Belarusian people the whole truth about who Viktar Babaryka is.

— it is a platform that allows every person to help others. This is the platform that was used to raise money to help our doctors during COVID-19, at the beginning of the outbreak of the disease. The platform helped to organize many useful initiatives, like the fundraiser for a paramedic from Lida who was fired after he told the truth about the situation with COVID-19.

It is better to give an adequate response to the problems in the country than suppress such initiatives that people organize to help each other. (Note: later, on June 11, during the investigative actions of the Financial Investigation Department, Belgazprombank unilaterally suspended all transactions to the benefit of Molamola. One of the platform founders is Eduard Babaryka – the son and the head of Viktar Babaryka’s electoral headquarter.)

I believe that the platform will exist and we, Belarusians, would be able to support each other during difficult times and to carry out projects assisting in the development of our homeland.

About initiative group members in detention

We will try to help everyone who faced pressure during the ongoing campaign. We found legal representation for the initiative group members who are in trouble. We hope that the trials will be conducted within the law because it is the rule of law that secures happy and safe lives for us all.

About the need for changes in the taxation system

There is no doubt that the taxation system requires improvement: the aim is not only to replenish the budget but also to stimulate the economy.

I am a typical Belarusian, and Belarusians are peaceful people. But we do need a security system, therefore I support the principle of reasonable sufficiency. Belarus hardly has any enemies who want to attack the country. Neither do we want to attack anyone. So reasonable sufficiency allows to ensure both internal and external security. But I dream of Belarus as a neutral country.

About integration of Belarusian economy into the global economy

We should manufacture the products we have the means to produce and which are in high demand. Both of these requirements should be fulfilled. We should neither manufacture high-demand products if we can only offer inferior quality. And we should not manufacture the goods we can if there is no demand.

There are two questions we need to answer: 1) What products can we manufacture and which of them are in high demand? 2) What highly demanded goods can we learn to produce?

These are the two ways of integration of Belarusian economy into the global economy.

Will people have freedom to get out in the street and say: “Babaryka is bad”

Yes, people will have this freedom. But I do hope there will be no need for that.