How many signatures have we collected and submitted to the commissions: heroes, numbers and the map of Belarus 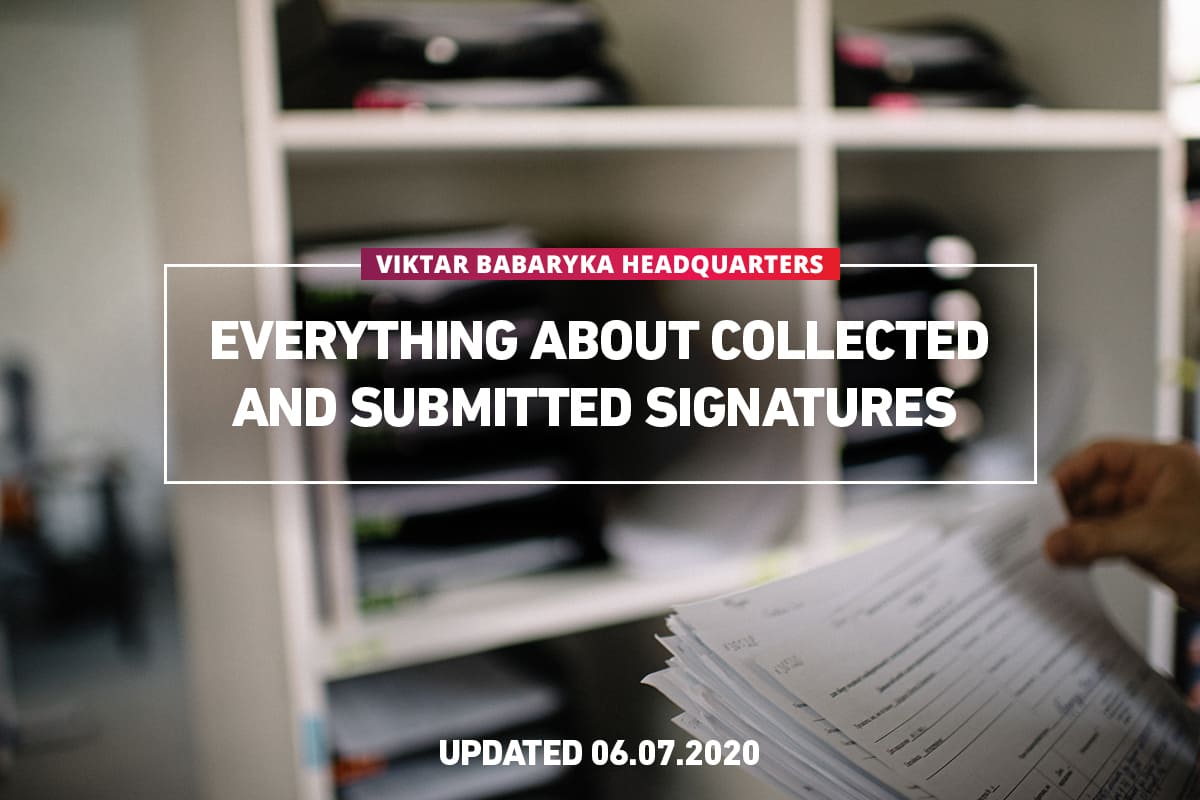 UPD: The map “The number of submitted signatures” has been updated on July 6.

We promised we would publish all the information about the campaign openly. We have created infographics on collected and submitted signatures for nomination of Viktar Babaryka as a candidate for the presidency of the Republic of Belarus.

Why is it so important?

In our country, there is a lack of open and faithful information recently. We can’t get accurate information on what’s going on with water in Minsk, there are also no opinion poll and reliable data on COVID-19.

Viktar Babaryka’s team tries to change this situation at least in relation to collected signatures. We’ve already told you about the process of collecting and verification of the collected signatures. The lawyers of our headquarter were constantly consulting with the central election commission while checking the subscription forms. During the verification process we were looking for even minor inaccuracies so that we could submit only ideally signed and filled in forms.

In light of recent events, when the members of the election commission declared unauthentic signatures for the most popular alternative candidates, we provide you with the open information on the number of collected and submitted subscription forms.

Record-holders and the minimum amount of errors

First of all, we would like to say thank you to all the members of the initiative group. Guys, you are amazing! We also counted up our collectors’ personal records. They are impressive and inspiring.

The immense work on the verification of every single signature and every single subscription form was conducted by the HQ volunteers. We couldn’t even believe how disciplined and careful the members of our initiative group were.

In the infographics, you can see how many signatures were collected, confirmed and declined during the verification process.

The HQ lawyers were making separate decisions on each controversial subscription form, based on explanations received from the central election committee.

How many signatures we submitted

And on this interactive map, you can see how many signatures were collected in each small corner of our country.

The map “The number of submitted signatures” was updated on July 6, 2020

We conduct our campaign maximum as clearly as possible as it is supposed to be in any democratic state. We speak for the truthfulness, openness and publicity of any information. We hope that all state authorities that are responsible for the election process will follow our example. We are strong together!