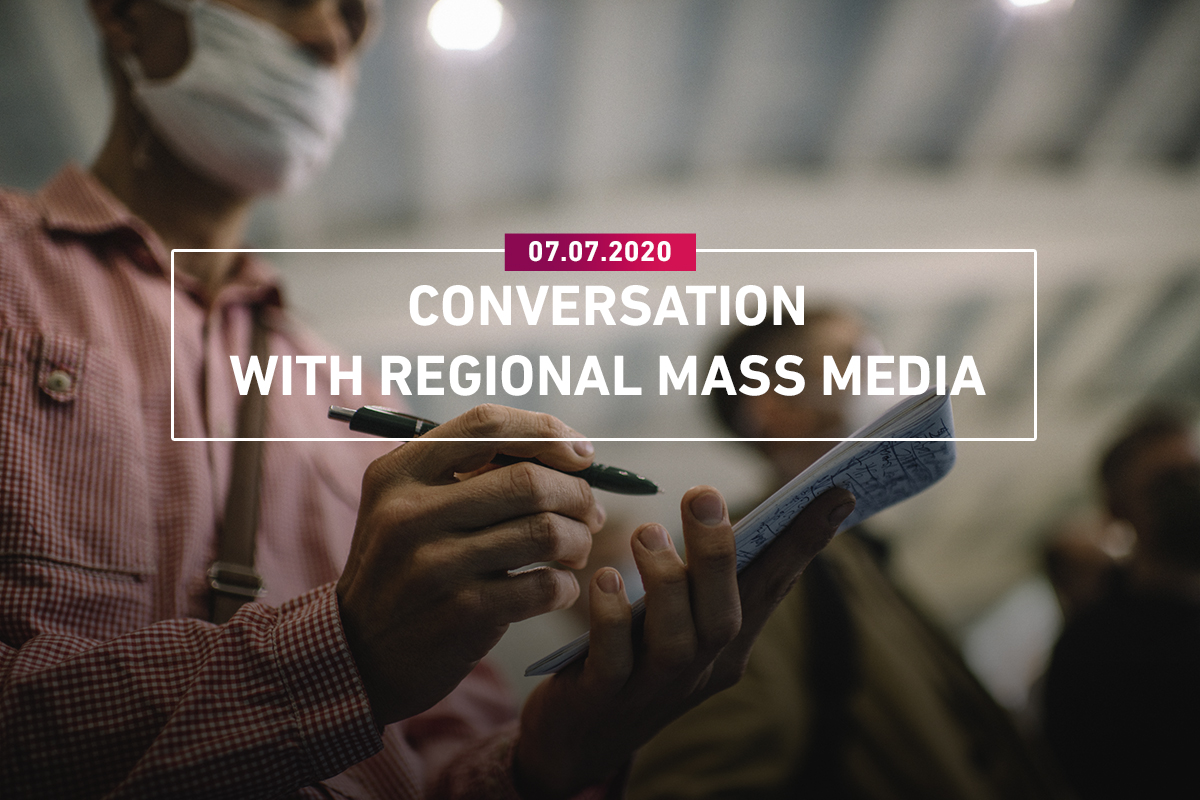 The waiting period for the registration of candidates did not become a period of lull in the work of the team of Viktar Babaryka. Today, representatives of the headquarters, Maria Kolesnikova and Maxim Znak, gave a press conference for the regional media – they answered online questions about the referendum, plans for campaigning, and the possibility of creating a political party.

Thanks to the Press Club for organizing the conversation.

– How are you going to conduct a campaign if you register? Who will be the main media figure in the absence of a candidate and chief of staff?

The organization will definitely be able to deal with 30 proxies. Media figure? She is not. Every citizen can become a media figure and campaign for Viktor Dmitrievich.

– Is the proposal for a referendum only a desire to keep the team and “come up with work” for its supporters?

A referendum is needed in any case. With its help, it is supposed to solve two main issues: limiting the number of possible terms of the presidency and the separation of  powers. The future of Belarus is impossible without these changes!

– Tell us about your steps in case of refusal to register a candidate?

The first is a complaint to the Supreme Court. Second – we will look at those who will become candidates.

– What was the main surprise during the work of the headquarters? Have you predicted such a development? How do you assess the actions of the authorities towards you and such widespread support among the population?

For 26 years there was no such moment of solidarity of people. Society has matured in order to change something.

– Are there any theses of the program, does the team have their understanding?

There is a program. And there is an understanding. Viktar always openly spoke about his position.

– If the CEC registers Babaryka as a candidate – does this mean that they should change the measure of restraint and release him from the pre-trial detention center?

If Viktar Dmitrievich is registered, in any case we will proceed to campaigning. And we will seek for our candidate to change the preventive measure – for house arrest or release on bail, for example.Every candidate should be given equal rights: access to the press, access to their own headquarters, and to proxies.

– By getting involved in the presidential campaign, did you assume that it would be so tough, if not cruel, to candidate Viktar Babaryka? Were you not afraid of the sad examples of past campaigns when almost all presidential candidates were behind bars?

Viktar always says: “We do not play those games in which there is no chance to win.” We share these words. The future of Belarus is worth fighting for!

– Did you expect that in such a short time the candidacy of Viktar Babaryka will become so popular and attractive for Belarusians and, as a result, extremely dangerous for the current authorities?

They assumed, but did not think, to such an extent. For 5 days, 10 thousand members of the initiative group – an absolute record!

– One of the telegram channels posted information that, according to its source, the team of Viktar Babaryka is actively in secret negotiations with the leadership of a number of political parties about their purchase. How can you comment on this?

There are no such agreements. The sale of a political party is impossible. But we support everyone who supports the initiative of fair elections.

– Does the headquarters of Viktar Babaryka plan to create a party or a public association?

We have an idea. In what form it will be implemented, we cannot speak yet.

– What kind of development of events the family sees further: Viktar’s daughter, Eduard’s girlfriend, close friends and those in the team. Are you considering the possibility to leave the country in case of too strong pressure?

Family, relatives, headquarters – we direct all energy, without any illusions, towards achieving the goal. Departure from the country has never been discussed.

– At what stage is the preliminary investigation against Babaryka? Do you have any fears that it will be quickly completed, the case will be sent to a court, which will also be held immediately, the complaint against the sentence will be dismissed, the sentence will enter into legal force, and then Babaryka will not be able to participate in the elections?

“We know what stage the preliminary investigation is at.” With so many defendants, episodes, taking into consideration all the procedures, it is impossible to get to the court before August 9.

– How do you feel about actions of solidarity abroad?

We are pleased with this massive support. This is a good sign that Belarusians want to consolidate.