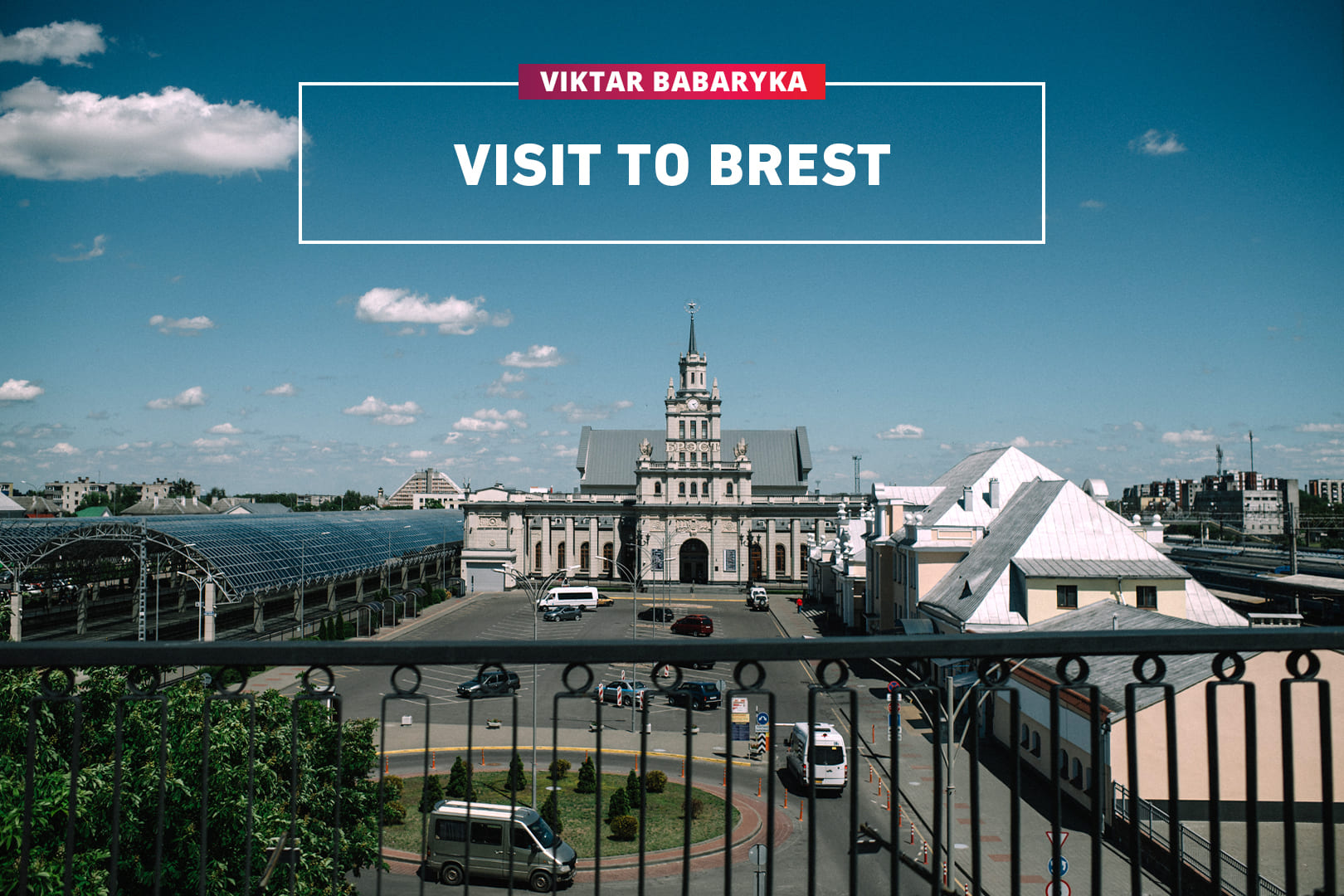 On June 6th Viktar Babaryka met with members of the initiative group in Brest and answered to their most urgent questions. We bring to you some of the highlights of this conversation.

On listening to the people while taking important local decisions

There are three groups of issues that concern Brest in particular.

Ecology, namely the issue of the battery factory. I absolutely have no idea, why it was built it in the city while there is an industrial area. Each local decision should be assessed in terms of environmental damage.

Listening to the community voices. There are well-tried techniques and technologies, which allow for quick and easy polling of the local community. Any local web-site can conduct such polling in order to understand what’s to be done.

Organizing of co-funding for city beautification and cultural objects. We’re talking about allowing people being able to collect 20-30% of the project costs, so that the authorities get a clear message that this project is something what people want.

The projects should only be implemented only after the environmental safety is proved and the views of the local community are taken into consideration. Only then we’ll live in cities that we actually like. The cities that we don’t want to leave, that we want to return to. 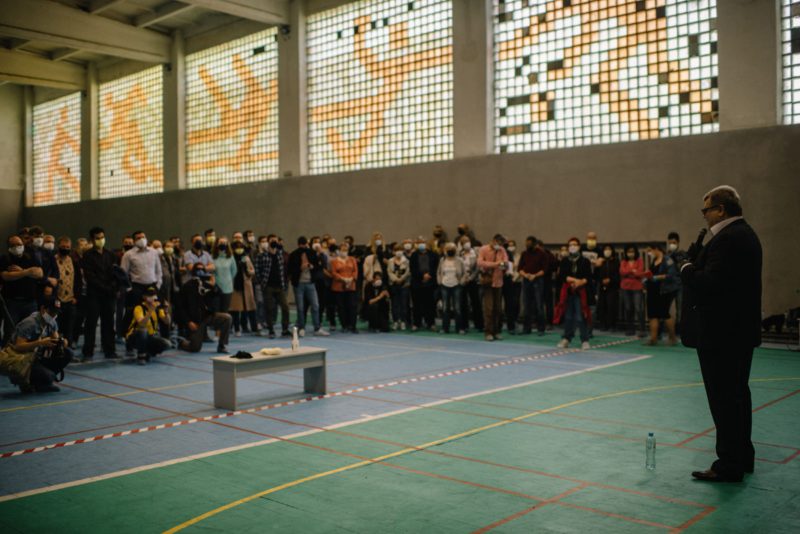 On Belarus as a testing area for “dirty” industries

Now, regarding decision-making. There are two aspects to this: economic and environmental. Economy should be above all things, but the people. For example, it was explained to us rather incorrectly, or wasn’t explained at all on matters of nuclear power plant: why a country suffered from Chernobyl accident needs such a facility within its borders. Same applies here: I am sure, no one was told, why we need this factory in Brest. Maybe there is some kind of urgent need? The decision making process should be transparent, especially in such a sensitive field as ecology.

Local community comes first. The country for the people and not the people for the country. This is a key point. Let me remind you of a wonderful saying by Margaret Thatcher: “There is no such thing as public money. There is only taxpayers’ money.” The government is authorized to manage our money, and we as citizens have to understand how decisions made by the authorities make life better for us, not the life of an abstract state. 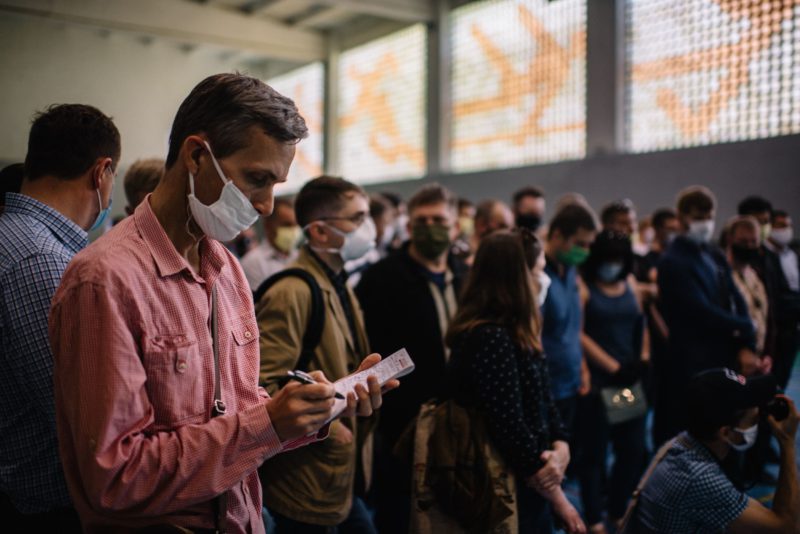 On elections in times of pandemic

The issue I was wrestling with the most was how it was even possible to announce these elections. It was better to wait for at least half a year. Yet it wasn’t our decision to make and I hope that my participation, and more importantly your participation in this process is a right decision after all. To change this country, we have to do something. Belarusians were always denied their own opinion, and political experts were often arguing that it wasn’t Belarusians who made the choice – it was Kremlin or the West or someone else…

Lately we’ve been hearing certain individuals, who were supposedly hired by the society, talking disparagingly about the country. They keep saying that it’s them who’ve built this country and they are not giving it away…

That’s frightening. Never in my life would I believe that someone can say such a thing. It’s especially dishonorable, when it’s people who are saying these things are supposed to give orders to the others. There is such a thing as an illegal order. I am convinced, that in the heart of every Belarusian military officer there is an understanding, what an illegal order is. You can’t shoot unarmed people, you can’t fire at your own compatriots. It’s very important to me and I hope, that everyone understands this.

On the future of the Belarusian ruble

If there is any correctly functioning system in Belarus, it’s the financial system. It’s certainly the financial system. It was one of the first to be established, and it is based on proper competitive principles. Belarus deserves credit for it, even though there’s such a game that’s being played every 2-3 years – to carry out devaluations, but we must give credit where it’s due, the financial system always remained stable. I am absolutely positive, that currently the Belarusian ruble is the only possible currency for our country as an independent nation. We don’t need anything else: neither a new currency, nor a unified currency, and that’s a clarification, which I’ve already made. At this point we do not have alliances, which require introduction of a unified currency.

Any inefficient enterprise should undergo an analysis into the ways it can be made efficient. Privatization is not the only way of reforming an enterprise. I think that directors of such enterprises are competent enough that we should listen to them first. Our current system works differently: it’s as if the best specialists are on the top. Take any area and it would seem that it was made by the same people. I don’t believe this. As a matter of fact, every enterprise was built by the professionals, and not by the country’s political leadership, even though probably with their assistance.

Everyone talks about the fact, that our enterprises are overburdened with debt and that these loans are “killing” them. But the loans are not a cause, but rather an effect. When people stop buying your products and the cash flow for the products stops, you have to take loans. First of all, we must tackle the issue of producing the products, that are actually in demand. The moment you start having problems with income from your products – you must stop and think what to do.

Privatization is also good for the following reason: privatized enterprises generate less corruption. The private owner appears and it makes no sense to steal from yourself. It’s obvious that an efficient privatization creates an efficient owner, but this is not a mandatory or exclusive option.

On his participation in the election

I want you to grant me the right to run in this election because:

You can watch the full stream by following this link, as well as to read about the meetings Gomel and Vitsebsk.