Each of you, who doesn’t stand aside is writing the new history of Belarus 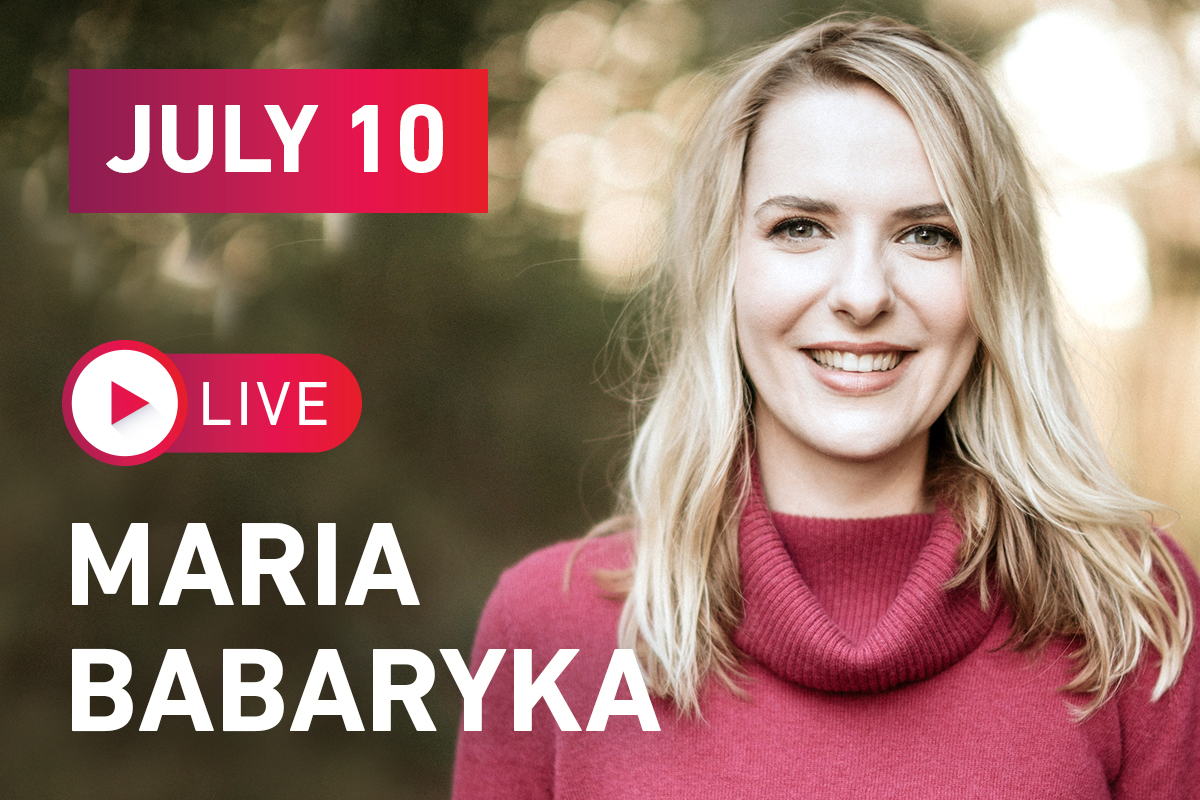 This is a text version of her speech: her opinion about accusations, gratitude to everyone supporting political prisoners and family stories.

As some of you know, this is my second address to you. Many thanks to those who supported me after my so-called debut. I was pleasantly surprised by the number of kind words of support you sent me and wrote in comments to the YouTube video. They give strength which is incredibly important at this time.

First of all, I would like to send my support to the families going through extremely hard times now. Those are families of my godparents, of my father’s childhood friends and of his close assistant, families of the bank administration members and employees, families of Tikhanovsky, Severinets and Statkevich, families of the independent bloggers and journalists, families of the members of initiative groups and political activists – of all the people whose freedom is still being restrained and whose basic human rights are being violated.

I am very grateful for how broadly the story of my father and my brother is covered in the press and media space. But my thoughts are constantly with those people and with relatives of those whose names might not pop up on front pages. Those are people many of whom I don’t know personally but with whom I recently started to feel connected. Those are people who have been detained, sometimes extremely brutally, for participation in peaceful solidarity actions and sometimes even random people passing by. Those are journalists and media representatives whose bravery keeps amazing me, who do everything they can to cover the events impartially and give analysis of the situation; people who got unemployed for simple expression of their political position; people with active civic position collecting signatures and fighting for their signatures; and people expressing their opinions in the social media.

Rephrasing a quote from the movie my father really loves, you are not the people who’ll leave only a dash between two dates after them. Each of you, who doesn’t stand aside is writing the new history of Belarus.

I’m also thinking that not many of all people have an opportunity to influence changes on the level of the whole country. Each of us, citizens of Belarus, including the members of the Central Election Commission and the law enforcement officers are facing a choice: contribute to the implementation of the fundamental right of the citizens of Belarus to elect a leader of their country freely and honestly or to violate that right. I am sure you will make the right choice and your actions will be peaceful, lawful and balanced.

I watched Maria Kolesnikova’s speech on Wednesday on the same topic – I hope many of you have also watched it, but if not, please do. As I’m recalling it now, I even have goose bumps of admiration. And my sincere deepest gratitude goes to Maria and all the campaign members and volunteers, to the people who are doing really a lot working days and nights and weekends, waiting in lines to detention facilities at 4 a.m. so that my father and Ed had an opportunity to meet their lawyers.
I am inspired by the numerous stories you share without boasting, but in surprise to discover the strength and talents you have. Many of these stories begin with words “I could never imagine…”

I would like to quote a part of such a message I’ve received recently:

I, too, wouldn’t believe I will record a message hoping thousands of people will see it. That’s why I want to tell you a story about my father. Since I was a teenager, he kept telling me: “Masha, you need to be more active in the media space.” And I used to roll my eyes and say it was not my department… The thing is, I’m a bit of an introvert, I love warm companies, small tea parties and hearty talks. I’m not always comfortable with big presentations and public speeches. But now I understand that back then, dad saw something I wasn’t able to see in myself. And you know what’s incredibly surprising? I think he also saw something in each of the Belarusians – something they have never seen in themselves. Kindness and warm-heartedness, desire to help and protect the nearest, bravery and readiness to fight for their rights.

I have already spoken about my attitude to accusations of my dad and Ed and about others detained in the last several weeks, but I want to share my further thoughts about that.

I am sure you are all smart people capable of making logical connections. I want to share several questions dwelling in my head:

Everyone can make their own conclusions, but my opinion is that all that’s happening shows how weak the system is and how scared. And with each new detention this weakness grows revealing chaos and surreality of the events.

Many are worried about dad’s and Ed’s state of mind and condition, thank you. As Maria Kolesnikova told in her latest stream, letters from dad and Ed started to arrive finally. Which is great news. Unfortunately, I can’t receive the original letters because the post can’t reach me due to the closed borders, so I receive them like this. I am glad to see dad’s handwriting; it’s a particle of home, of something near and dear. I would like to read some excerpts from these letters.

It’s a quote from Konstantin Simonov’s poem “Artilleryman’s son”. I’m not sure whether you’ve read it, but I definitely recommend it. I still remember how our teacher of Russian literature at school read it. My eyes were full of tears.

And this one is from the letter dated July 5.

These words are really nice to read. Unfortunately, very few letters have reached dad so far (only five by July 5, as he mentioned in his letter), though I know there were hundreds of letters sent. I know many people are writing, just like me, and many are sending several letters a week; and thanks to everyone who photographed their letters and posted them on the social media with a hashtag #лiстыназдеi we have documented evidence of that.

I really hope this misunderstanding will end soon because it grossly violates the right for correspondence. For now, keep writing letters and posting photos of them on your social media under #лiстыназдеi.
Many are asking how can they help, thank you. There are many ways to help:

Remember the butterfly effect: you never know which of your small actions will lead to great changes. For example, a talk with your neighbour can help her get a better understanding of the situation, help her change her position on certain issues. Or maybe she is a teacher and she’ll help her colleagues navigate the situation and they, in turn, will make the right choice. Someone might have a relative in law enforcement who will get inspired and, maybe, will also make the right choice, will help avoid breaking the law. And so on.

This is a totally new experience for me, just like for many of you. And I’m looking forward to any suggestions and feedback to make our communication better. If you leave comments under the YouTube video, I’ll read them and try to act accordingly where possible.

And I would like to conclude with John Lennon’s quote (my family really loves The Beatles): “Everything will be okay in the end. If it’s not okay, it’s not the end.”

Have a nice weekend and take care.

I love you all.